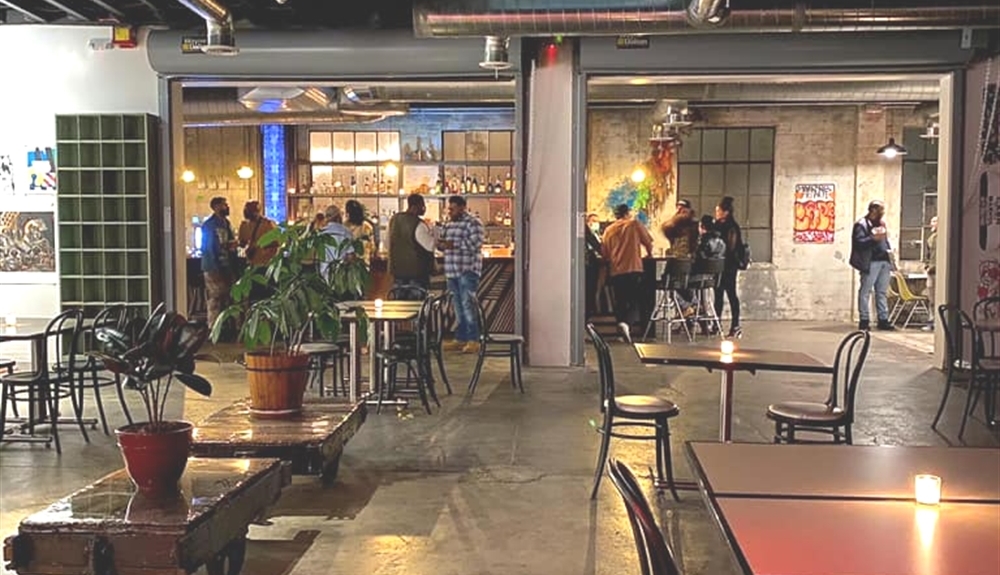 The industrial-chic hangout, open four days a week, is off Charlevoix and Mount Elliott streets. Eleven more scenes are below. (Photos: Facebook)

Detroiters on the near east side have a new "neighborhood hang" that's a cafe by day, a DJ music bar in evenings and an art gallery/record shop all the time.

Spot Lite opened few days ago after founders Roula David and Jesse Cory turned a former storage space without utilities into a funky club and performance venue near Charlevoix and Mount Elliott streets in the Islandview area. 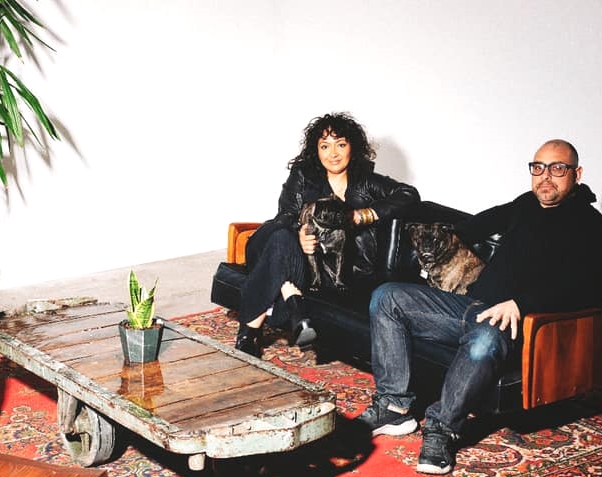 Roula David and Jesse Cory at their new business

"I'm not sure a lot of entrepreneurs would have walked into this neighborhood, looked at this building and seen this kind of potential," Mayor Mike Duggan said at a Thursday ribbon-cutting, according to Metro Times.

The owners, a married couple who also run 1xRun (an art print publisher and gallery next door), got $40,000 in 2018 from the Motor City Match program for Detroit startups.

The decor has a raw, no-frills feel. The furniture is sourced from Facebook Marketplace and garage sales, [David] says, while shelves of vinyl records behind a DJ booth comes from Cory's personal collection. The venue's record store was sourced through items found during road trips throughout the Midwest. ...

An outside alley has high-top tables and a partially enclosed space.

DeVito quotes David, a former bartender and bar owner in her native Cincinnati, as calling the club "really a neighborhood hang" for residents of Jefferson-Chalmers, McDougall-Hunt, West Village and Islandview.

She adds, "This place is like an extension of our living room, and we really want people to feel warm and welcomed and comfortable here."

At Facebook, Cory posts: "Over three years ago we set out to build an arts and music space to share our love of both."

In addition to serving liquor, Spot Lite also has a coffee menu. Its night manager and event coordinator is Robert Guzman, a Detroit photographer. 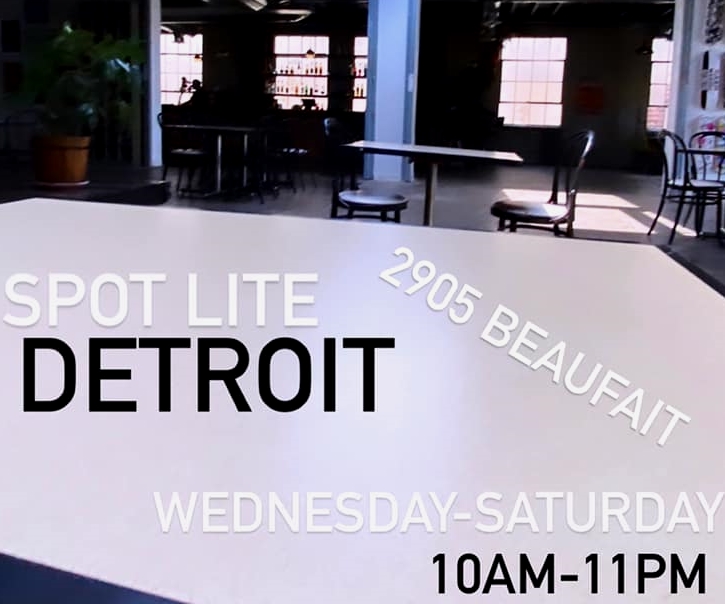 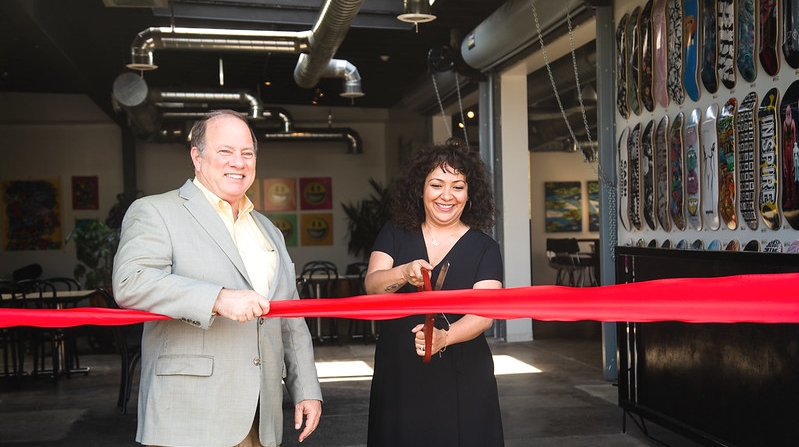 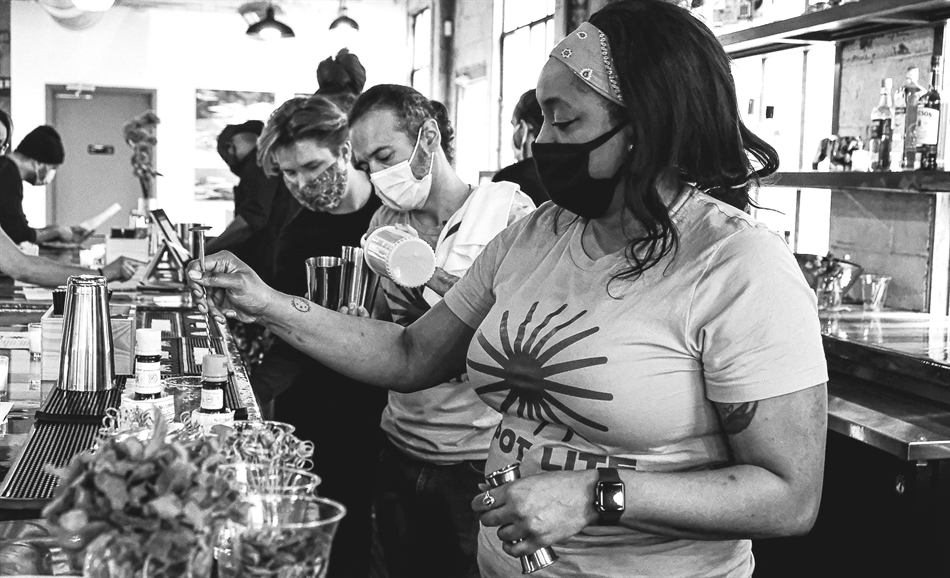 Cocktail mixers were busy on Day 1 this past week. (Black-and-white photos: Donavan Glover) 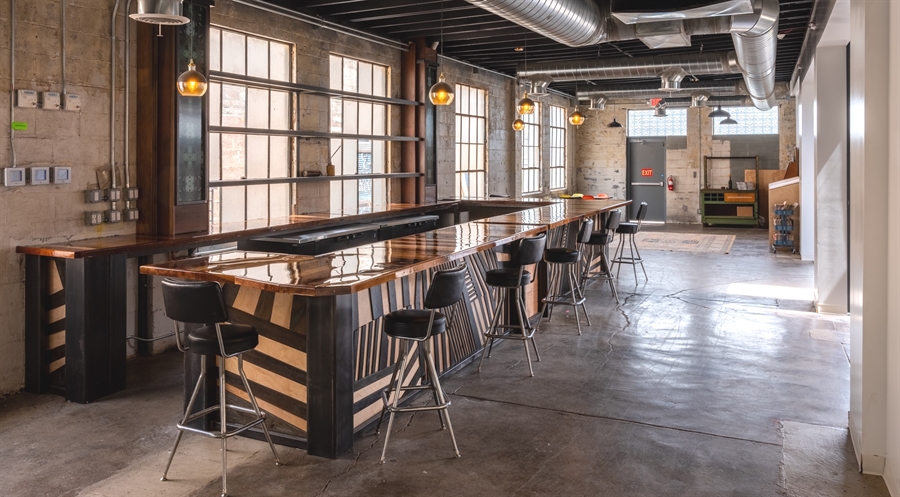 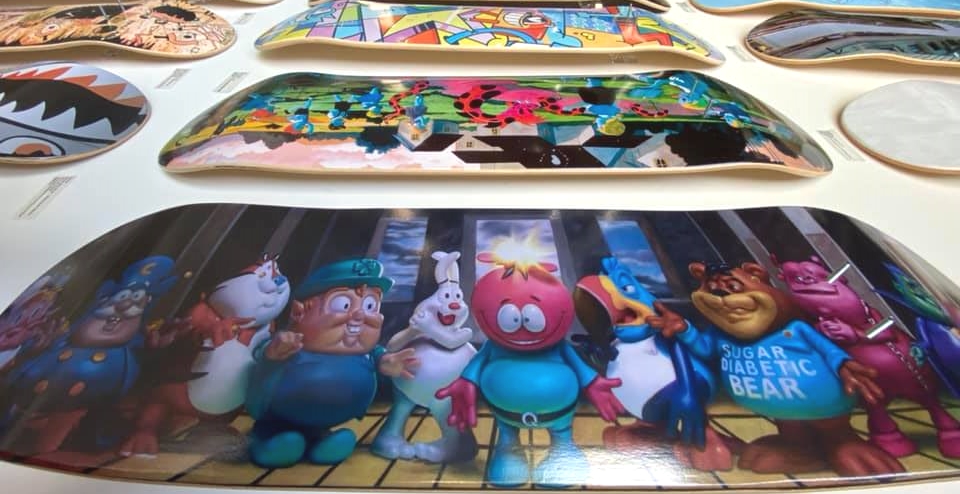 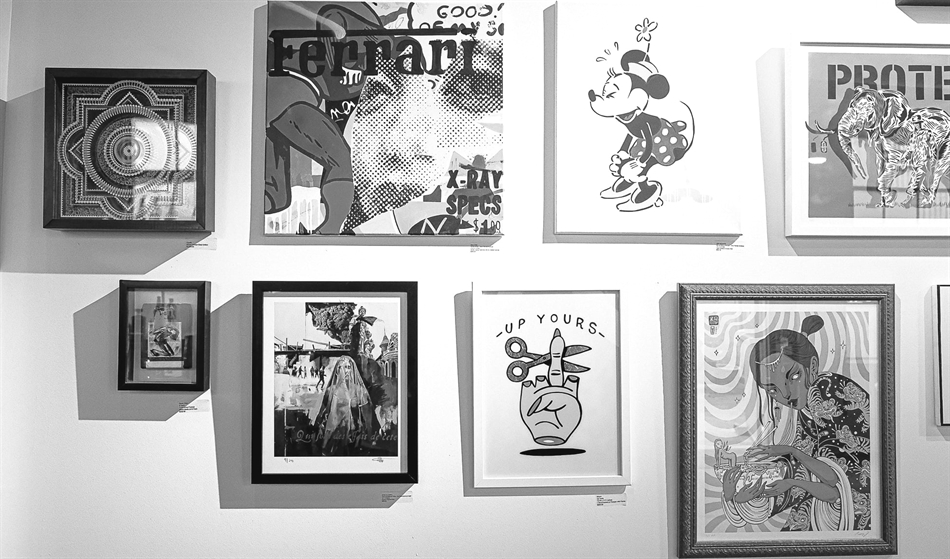 Framed posters and prints in the gallery portion. 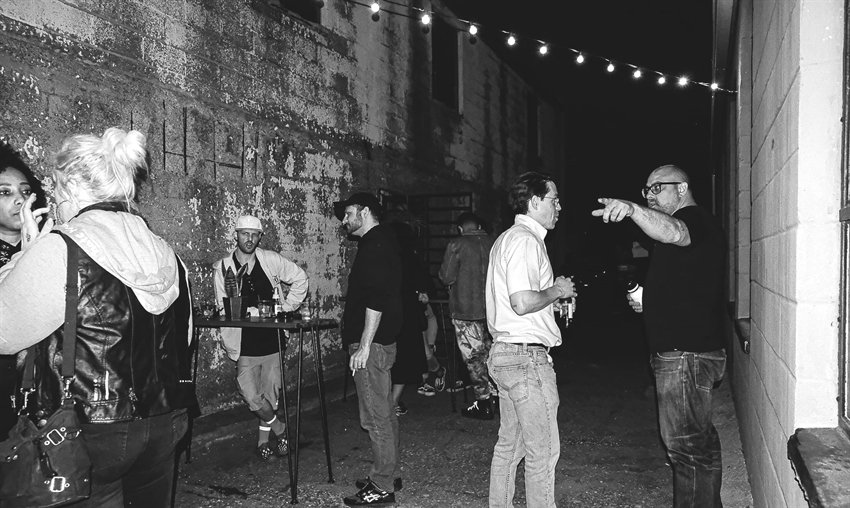 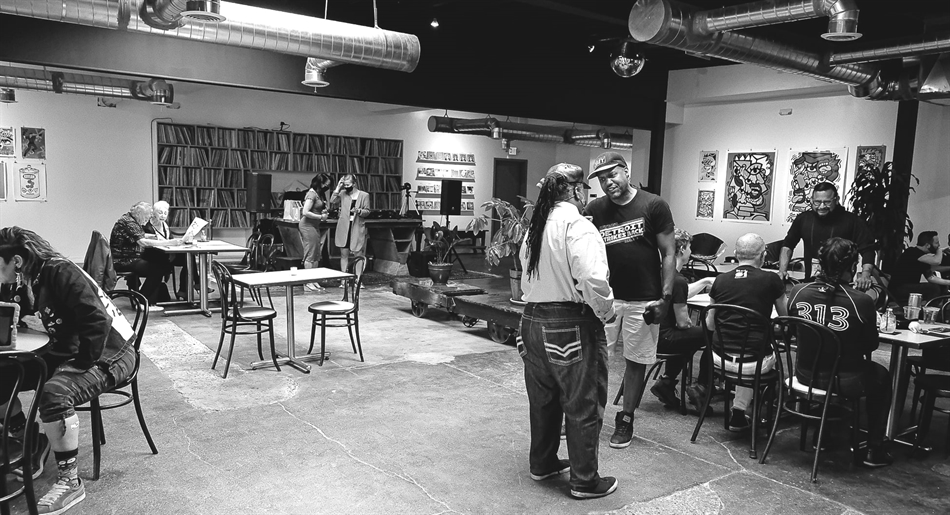