Rep. Debbie Dingell's promise to aides lasted through the weekend, when she avoided social media activity after perforated ulcer emergency surgery. Monday morning brings a chatty update from her bed at George Washington University Hospital in the capital.

"I have ... too many tubes in my body, but I am in a safe place, got treatment quickly," the 67-year-old Dearborn Democrat posts on her personal Facebook page. "I am getting over my aversion to antibiotics, they are saving my life."

The energetic congresswoman, who expects to remain hospitalized until late this week, describes herself as "grumpy, working and moving forward." Her diary-like entry, which draws about 350 comments in less than half a day, adds:

I would be lying if I didn't say this got to me. Even having a little dose of feeling sorry for myself. ... Last few days haven’t been fun and maybe a message for a change in routine. 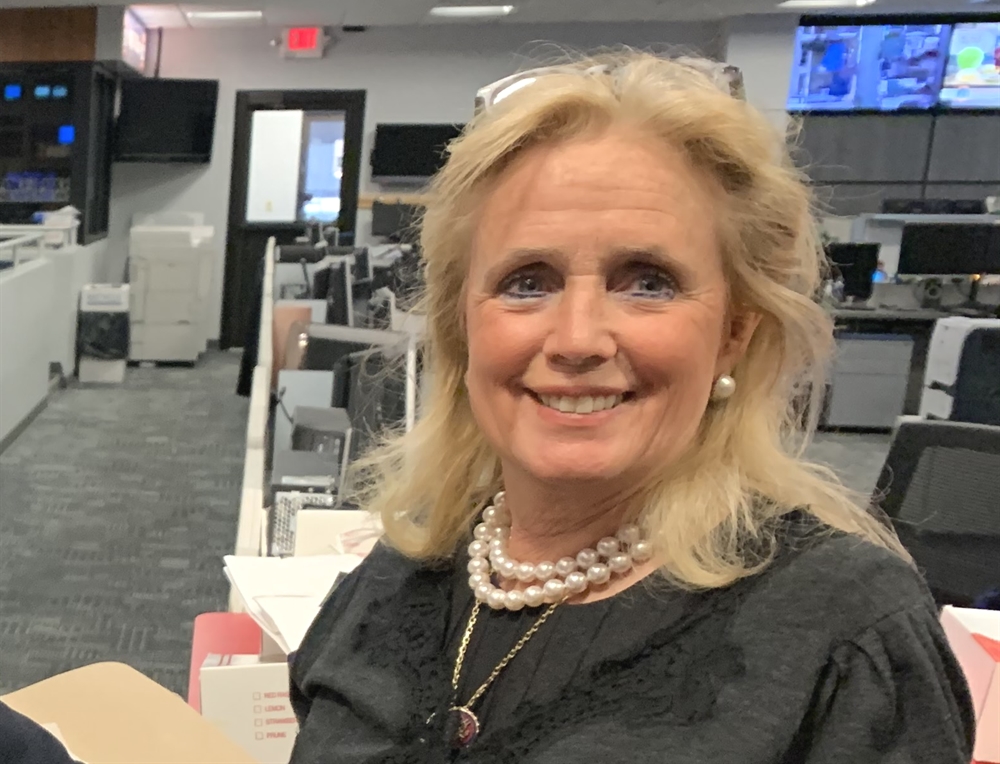 Dingell describes herself "Exhibit A" for what can happen from regularly using Motrin, Aleve or Advil for pain relief, as she did after a jaw repair early this year:

I had a bad tooth implant, which caused jaw osteomyelitis. I had surgery in January and further bone grafts for the damage it caused several weeks ago, which actually caused more swelling and pain than the first surgery did.

I don't take narcotics. I warn about dangers of opioids all the time. I don't drink and Motrin keeps me going. ... [It] deals with the pain in the jaw so I don’t have to stop for a single second.

To be honest, doctors said be careful. I was aware they [NSAIDs, nonsteroidal anti-inflammatory drugs] can cause problems. I researched the amount that was safe to take each day to avoid kidney or liver damage. Was having absolutely no abdominal pain or discomfort and just kept going.

That changed before dawn Friday, she recounts in the detailed post:

I woke up at 3 a.m. in really bad pain. Tried everything -- Gas-X, hot bath, Tylenol (I had figured out that Motrin wasn’t a friend.) Drank water. ...

But I couldn’t find a comfortable place to sit or stand and called the doctor when the office opened. She told me to go to the ER because they needed X-rays and lab tests. She said do not drive yourself, so I called Uber.

Three surgeons looked at me before they did any tests and knew it was a perforated ulcer or some kind of hole in my stomach. Tests confirmed and I was in surgery fast. I still cannot remember much about the day. But I was lucky. ...

I find myself sitting in this bed wondering about what people do who don't have doctors, insurance, access to health care and any number of things which prevent treatment and can result in people dying.