This $1.8-million "remarkable piece of Detroit history" is near 7 Mile and Woodward, but seems a world away. (Photos: Nika & Co.)

The listing for this Roaring Twenties showplace has just one typical phrase: "single-family home." The rest is filled with words and figures that are far from typical in Detroit property pitches: 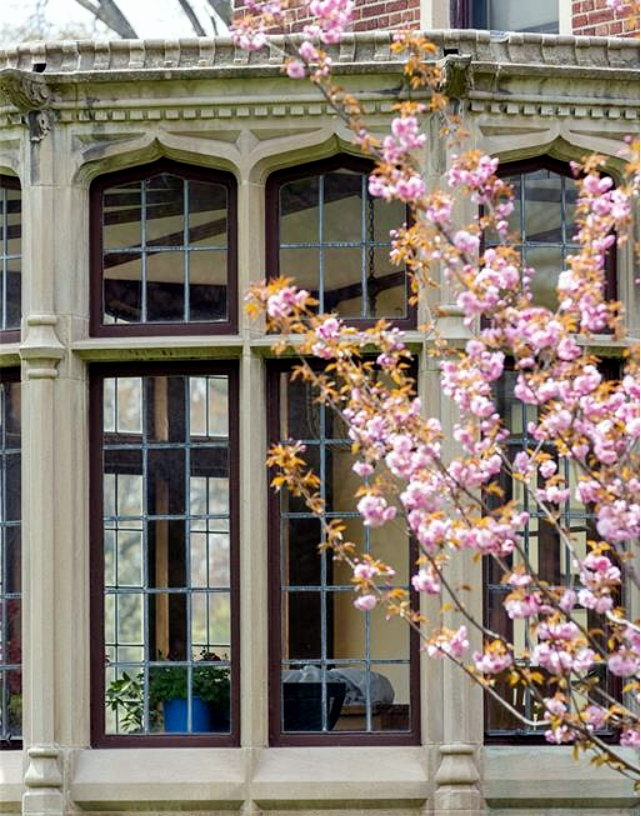 We sometimes mock the effusive excess of realty-speak, but superlatives fit the Palmer Woods mansion that's near 7 Mile and Woodward but seems a world away. Listing agent Nika Jusufi of Nika & Co. drops "striking masterpiece," "exquisite period detailing" and "a remarkable piece of Detroit history" into her text, and the shots below show it's honesty rather than hype.

The French Gothic Revival home, built in 1922 for S. S. Kresge Corp. president Charles B. Van Dusen, is "one of the most expensive homes for sale in Detroit right now," posts Aaron Mondry of Detour Detroit, who calls it "epic" and "Architectural Digest-ready."

Its architect is Alvin Harley, who worked in Detroit with renowned designers Albert Kahn and George Mason before a solo career that included designing at least seven Grosse Pointe houses. 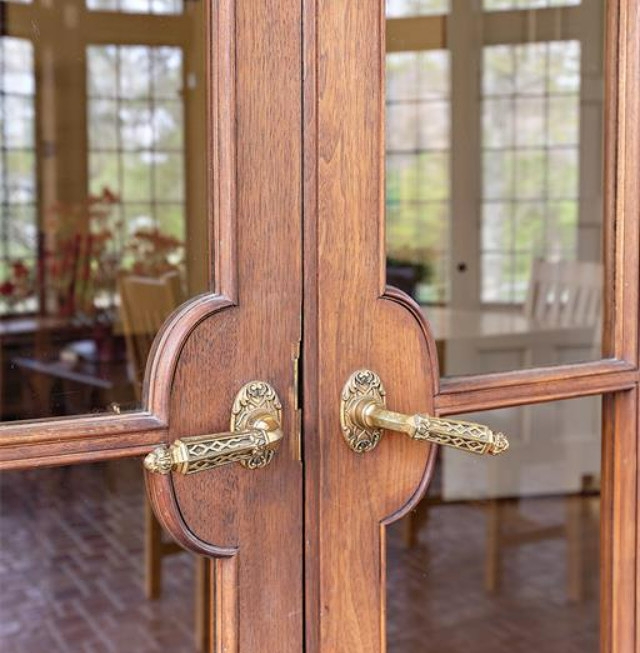 The three-story brick and stone spread on Balmoral Drive, north of Palmer Park Golf Course and south of Evergreen Cemetery, has ornate plaster ceilings, carved fireplaces, painted beams from Europe, other elaborate woodwork (including African mahogany), tile and hardwood floors. There's also a two-bedroom apartment atop the four-car garage, all of it on a 44,866-square-foot corner lot.

Gawk for yourself at these seven listing photos: 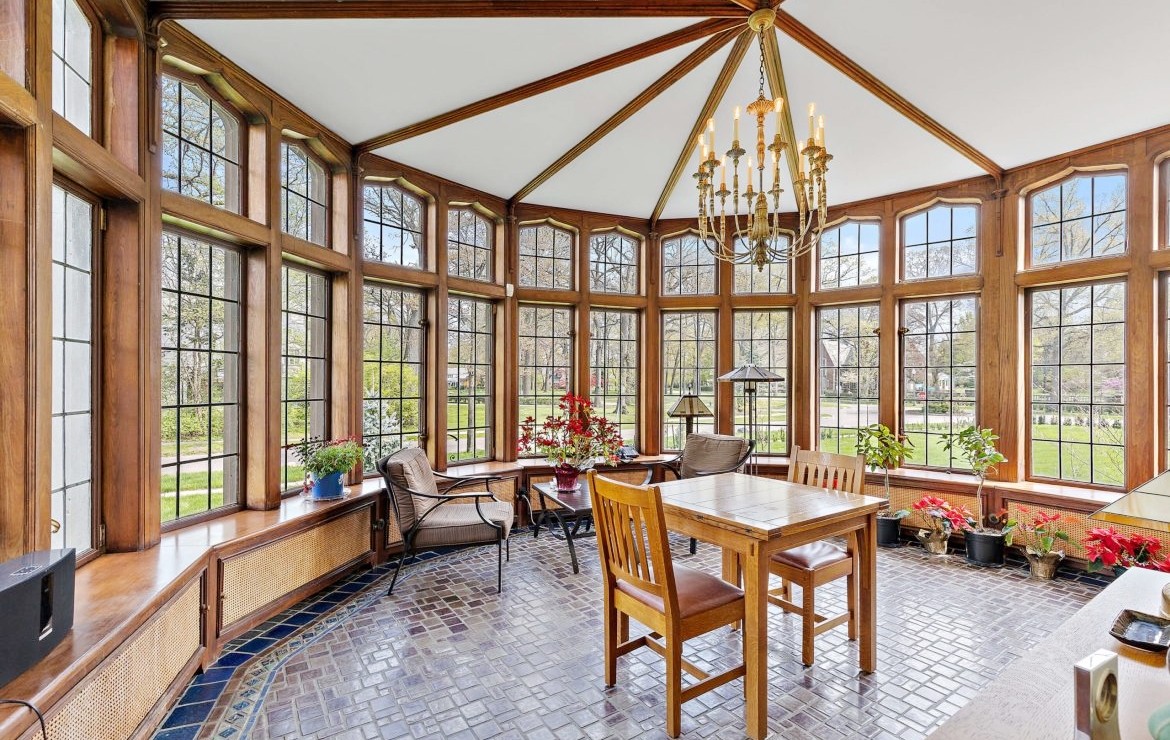 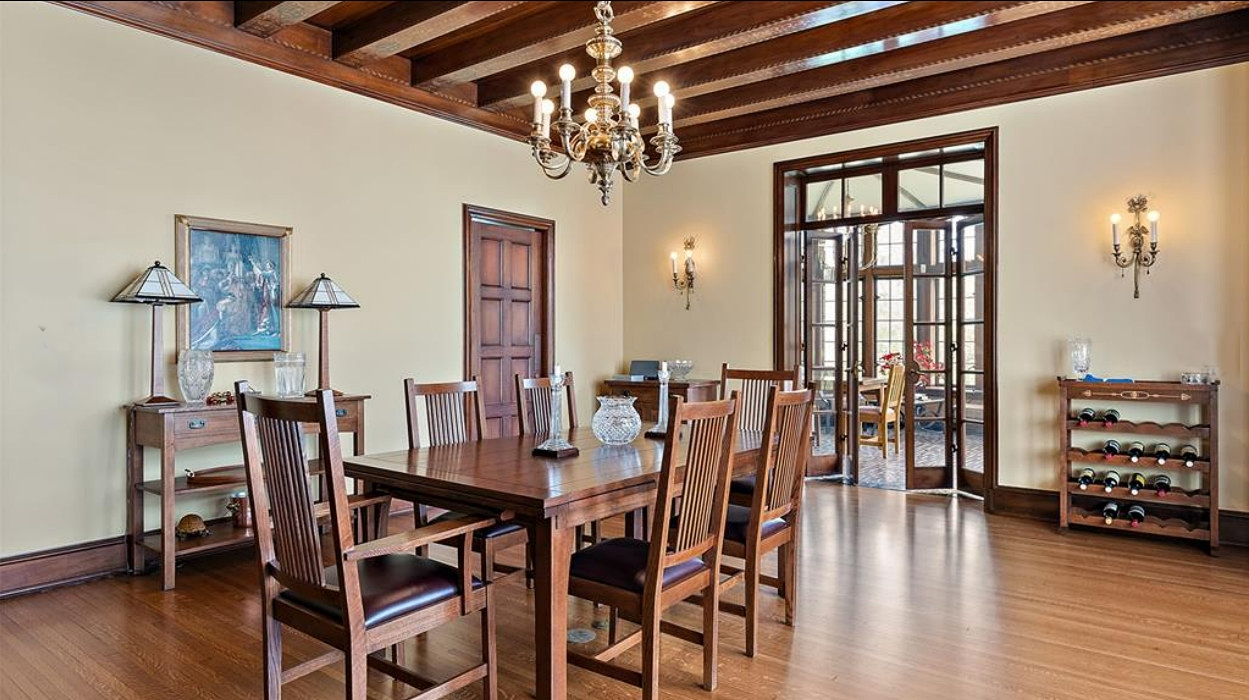 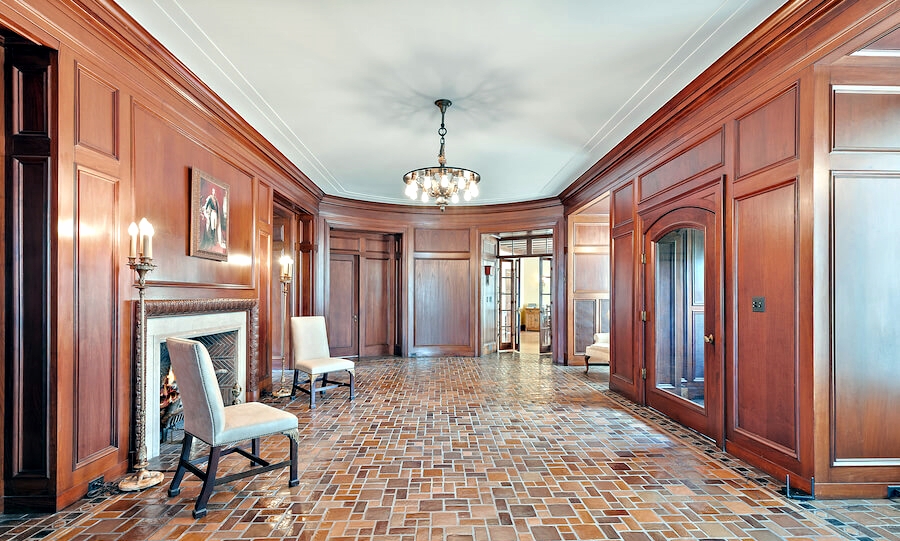 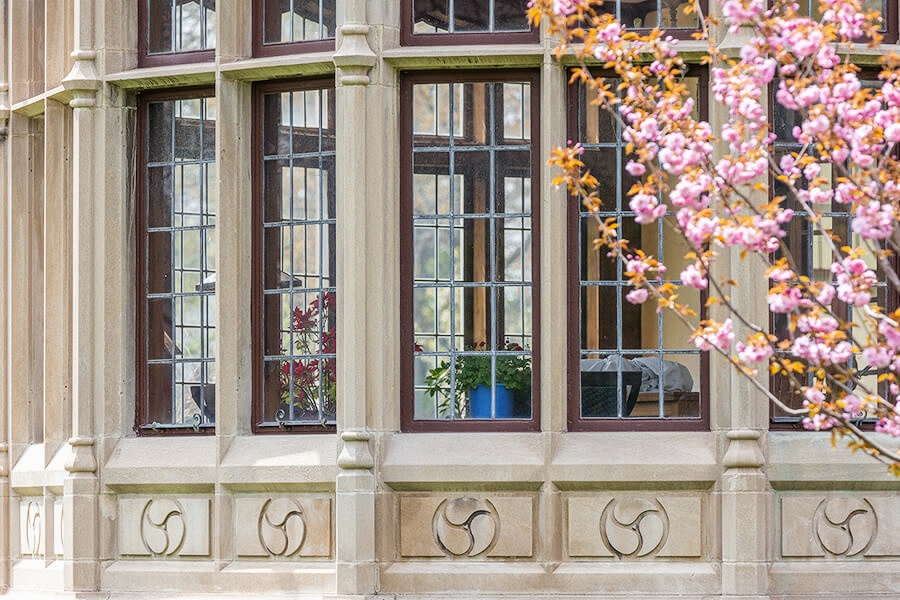 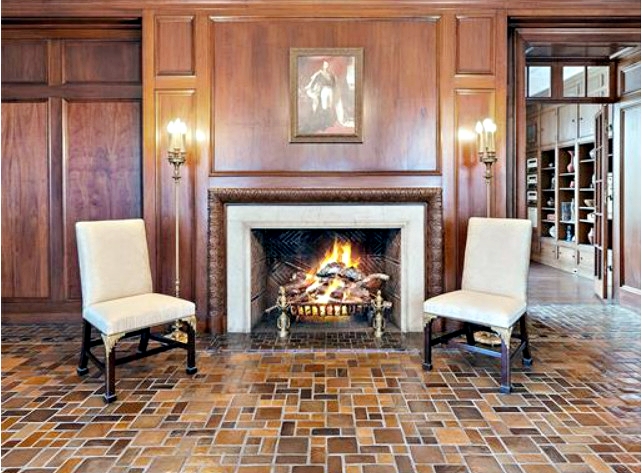 Hand-carved African mahogany trims this Receiving Hall fireplace, one of several throughout the home. 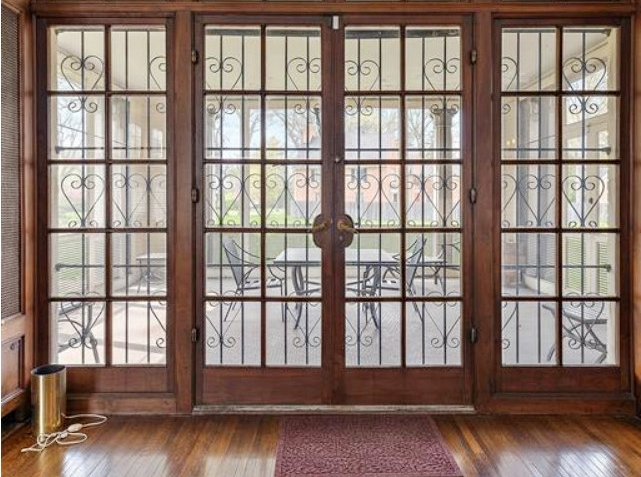 French door lead to a rear porch, shown below. 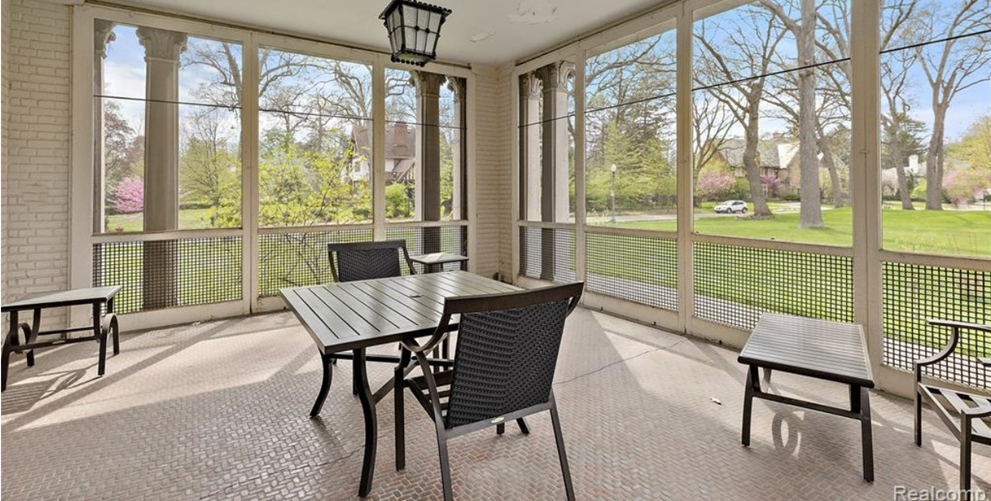