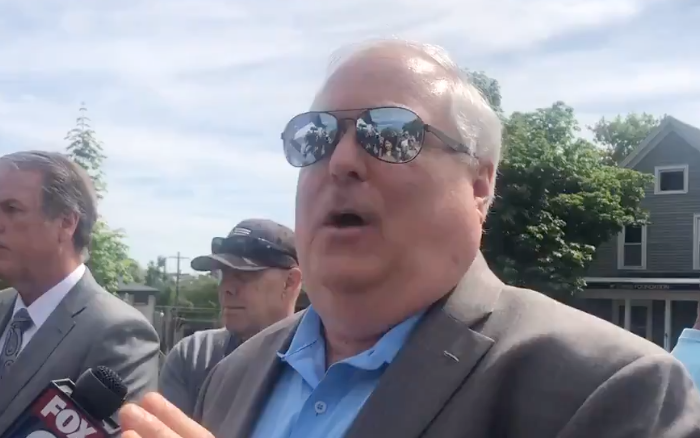 Richard Goldman, a student sports announcer for University of Michigan football in the 1980s, alleges he told then-Athletic Director Don Canham about being sexually abused by Dr. Robert Anderson, but he took no action.

Goldman, 60, was among a group of accusers at a news conference Wednesday near Michigan Stadium.

He told The Detroit News ahead of [the] press conference that he reported abuse by Anderson to Canham in 1981, 1982 and 1983. He said he first told Bo Schembechler of the abuse in 1981, and said the legendary former UM coach told him, "Get your ass in Don Canham's office right now."

He said Canham didn't respond to his first complaint that year. ...

"Don Canham could have ended this is in the 1960s, 70s, he didn’t, but he could certainly have ended it in 1981, 82 or 83 when I was a broadcaster in the university and I confronted him. The last time that I confronted him when I went to his office and slammed his door after what Anderson tried to pull on me, and said ‘You’ve done nothing for two years,’ his comment back to me was, and I hope you don’t my me swearing, his exact words were ‘Go fuck yourself.'”

“When I left Canham’s office and literally slammed my hand on the door – on the wall outside Schembechler’s office – he came out to me and said, ‘What just happened?’ When I told him, he went in and slammed Canham’s door and read him the riot act. That’s how I knew that Bo – who was the employee – was taking on his employer, who was Don Canham. None of this matters. Bo Schembechler, you want to blame him? You can’t. He was the employee.”

Hundreds of ex-students have accused the late Dr. Anderson of sexually abusing them during exams. The university has apologized for his actions, but many still insist the university itself apologize for creating an environment that allowed abuses to occur.

A few people alleged that they told Schembechler about the abuse, but he took no action.

The allegations have triggered an intense debate over whether the university should remove anything on campus that honors Schembechler.