Some years ago, a so-called "racial dot map" of the U.S. made the rounds, particularly in Metro Detroit. It illustrated, literally at a glance, the amount of racial self-segregation that prevails in the area, with glaring shifts across 8 Mile Road, Mack Avenue and other border areas between Black Detroit and white suburbs.

A new visualization rendered by Bridge Michigan, this one showing vaccination rates for Covid-19, serves as another de facto racial map. 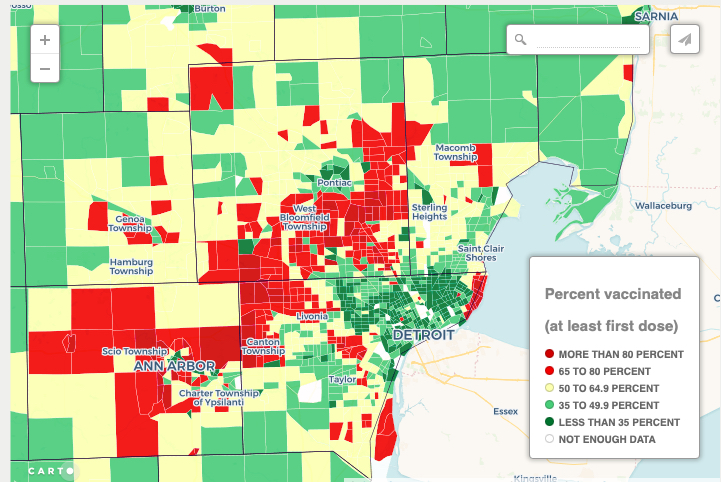 The red areas have the highest vaccination rates, and the green ones, the lowest.

At a glance, the picture is obvious, with whiter Oakland County well on its way to comprehensive redness, as well as Washtenaw and western Wayne County.

When you zoom in a little closer, the divides are clear and bright: 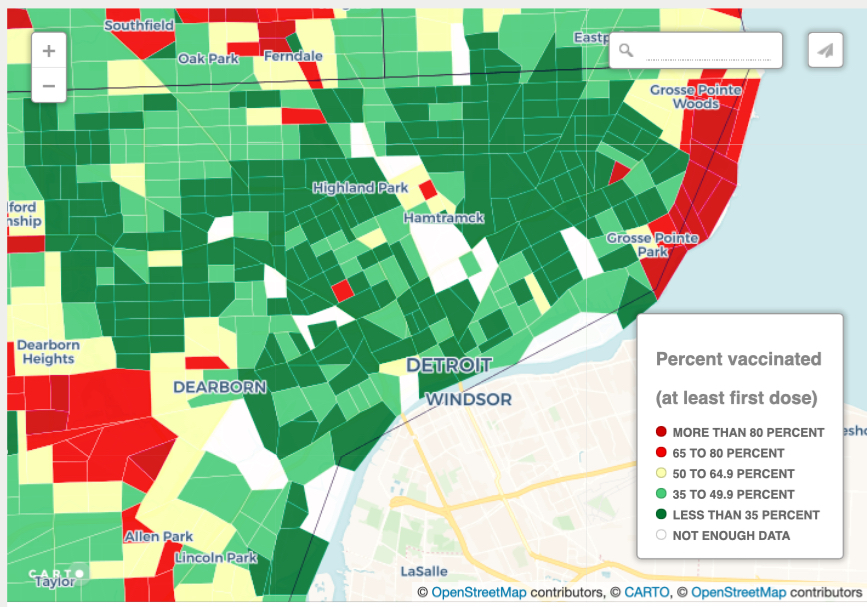 The Grosse Pointes stand out, as does Dearborn, both well above the the 70 percent herd-immunity threshhold overall. In Oakland County, Pontiac is green and Birmingham is red, and even largely Black Southfield has green areas. 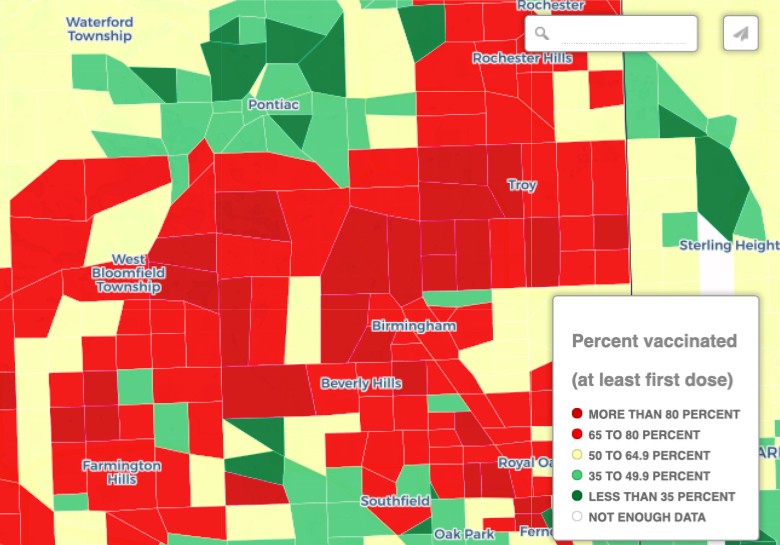 It should be noted that local health departments have done excellent work setting up vaccination centers, in the central city and in neighborhoods, churches, etc., so lack of access isn't entirely the problem. Rather, as Flint Mayor Sheldon Neely says:

“People have a fear of the unknown. People don’t know what could happen to them after taking the vaccine,” Neely told Bridge Michigan.

In Genesee County, data shows that most of Flint’s majority Black neighborhoods have a vaccination rate just over 30 percent for those 18 and older, compared to 46 percent for the county and 51 percent statewide.

That pattern follows in other African-American communities in Michigan, from Detroit and Pontiac to Muskegon and Saginaw, highlighting a problem experts say is rooted in access, poverty and distrust of public health officials.

You can find the map, and spend an hour playing with it, here.