The deputy is in stable condition with multiple injuries after a driver allegedly blew through a red light. (Photos: Oakland Sheriff's Office)

"It's super-frustrating and makes me angry when ... someone by their own bad choices causes [a deputy] injury or death," he posts Friday afternoon on Facebook with a photo of the patrol car smashed by a 36-year-old man he says "decided to drink and drive."

Bouchard adds: "And now I have a deputy in ICU."

Officials say a Pontiac man with a long history of traffic violations was a 2009 Ford Crown Victoria eastbound in the westbound lane of Michigan Avenue when he disregarded the light and hit the deputy's car. ...

The deputy, a six-year veteran of the department, suffered multiple injuries. 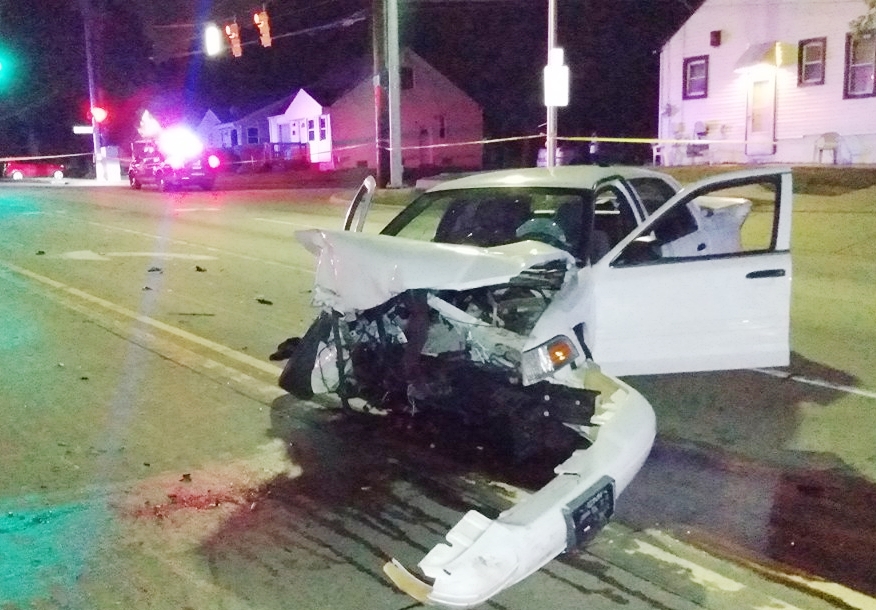 The driver of this vehicle has 15 past traffic offenses, authorities say.

The law enforcer is in stable condition, the station says. The Ford driver also is hospitalized, but his status and blood alcohol content weren't reported.

A sheriff's office release says the 36-year-old has 15 past traffic offenses, including seven tickets for driving while his license was suspended and six for speeding.