Lapointe: Rachel Maddow Focuses on Michigan's Nuttiness and the 'Bleed-Over into Right-Wing Politics' 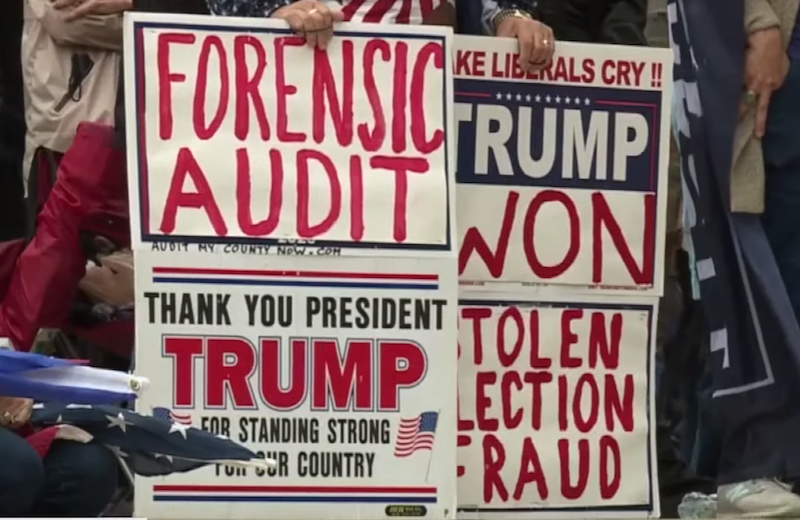 Those willing to endure the long and winding openings of Rachel Maddow's shows are sometimes rewarded with honest insight, timely interviews and sharp commentary.

Such was the case Tuesday night when Maddow spent 15 minutes dissecting the malignant tumors festering in Michigan’s body politic.

To get there, however, she detoured for six minutes onto the scenic route of Texas, where an honest county election administrator was hounded from her job in favor of someone who would push the Big Lie that Donald Trump really won the 2020 presidential election.

That led to Maddow doing what she does best: Connecting the dots. Turning to Michigan, she gave credit to a Detroit News piece on Monday that showed how Trumpists are purging county canvassers in Michigan – Texas-style -- to set up a Trump advantage in 2024 against President Joe Biden.

On her MSNBC program, Maddow also showed Tuesday's right-wing rally at the Capitol in Lansing in which angry kooks waved signs and shouted lies. Several banners urged the imprisonment of Secretary of State Jocelyn Benson.

Others demanded a “full, forensic audit” of last year’s elections. Of course, there were a few snake flags and upside-down American flags. Another banner showed the red, white and blue skull of the “Three Percent” militia, a loose, national gang of extremist troublemakers. 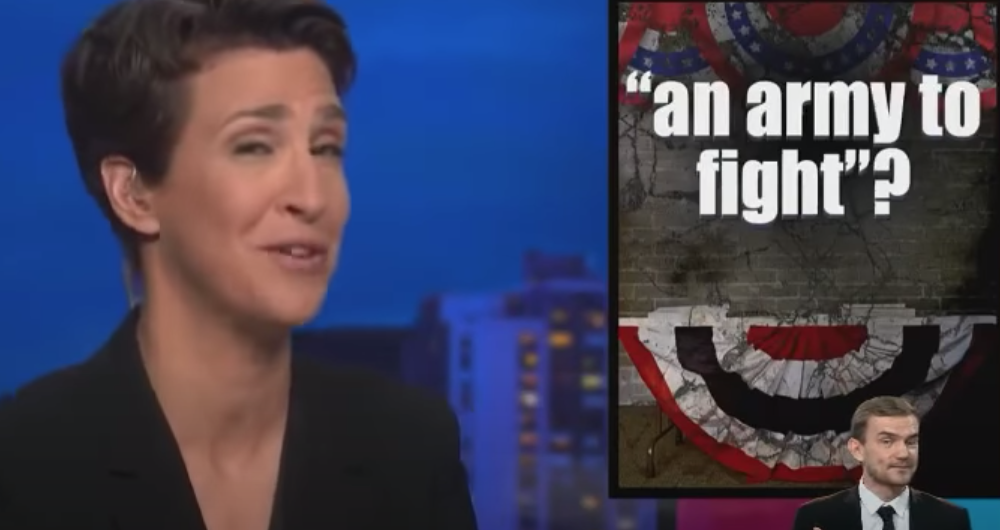 Maddow wove in last year’s Michigan plot to kidnap Gov. Gretchen Whitmer and the gun-toting demonstrators who invaded the legislature. In speaking with Attorney General Dana Nessel, Maddow observed what a smart person might see about Michigan from a distance:

“It feels like, over and over again, Michigan has been sort of – an unfortunate metaphor – sort of the tip of the proverbial spear in terms of the invocation and threat of violence and the bleed-over into right-wing politics and even into the fairly mainstream Republican politics.”

She spoke with Nessel because another of the rally rabble-rousers – Michigan Republican attorney general candidate Matthew DePerno --- attacked Nessel while the audience chanted: “Lock her up!”

“She thinks people who support election integrity should be criminally prosecuted,” DePerno said of Nessel. “Dana Nessel doesn’t value your rights. But we need an army to fight.”

Nessel said she was sure that her opponent – should he win – would prosecute her along with Benson and Whitmer.

“Honestly, it’s terrifying,” Nessel said. “It’s hard to believe that this is the democracy that we know and love in this country and how quickly it is deteriorating.”

In answer to another Maddow question, Nessel said Republican moderates are not running for office because they know they have no chance against militant Trumpists who, she said, are “coalescing behind this very violent message of demagoguery."

“You end up with these extremists,” Nessel continued. “Those who espouse fascism and autocracy . . . the people willing to undermine democracy and don’t care if we have minority rule in our state or in the country.”

One of the crackpots shown in rally video was “Trucker Randy” Bishop of Antrim County, a white-bearded, Up North radio personality who Maddow called “a local public intellectual in Michigan.”

That  might sound snide, but this is a state in which former musician Ted Nugent is regarded by some as a soothsayer, a state where “patriots” practice shooting guns and blowing things up in their rural compounds. 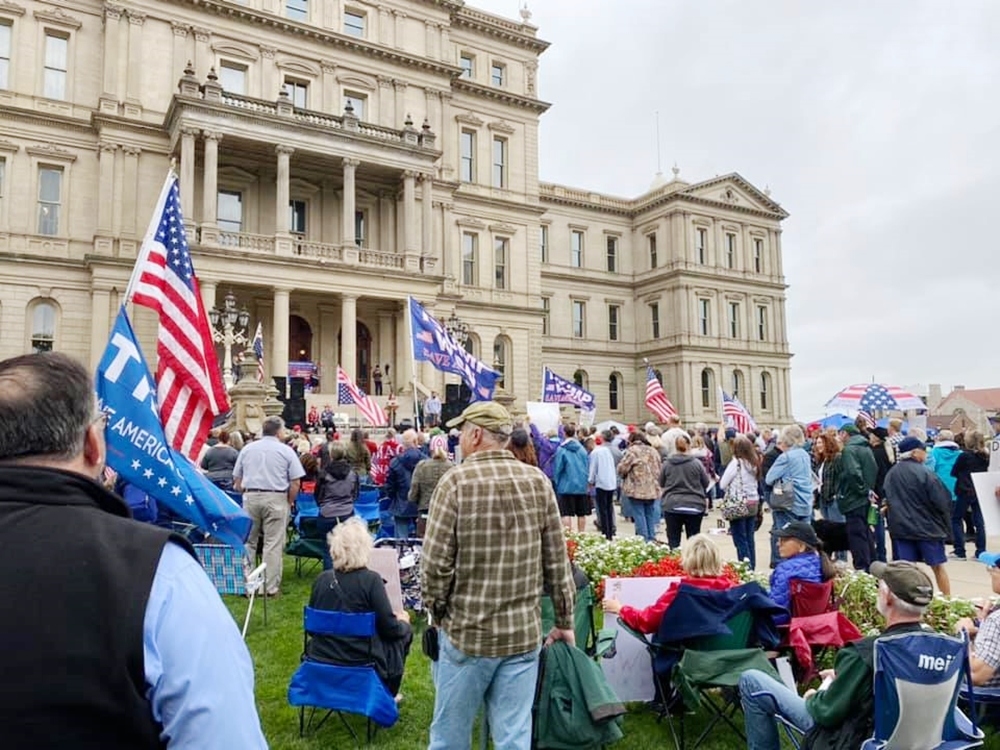 Another of Maddow’s well-chosen sound bites showed a Republican politician on the Capitol steps granting a blessing unto the multitudes. Kristina Karamo, a Trump-supported candidate for secretary of state, said: “Everything, Lord God, will be turned around in Jesus’ name, and for Your glory, amen. God bless you. Go with God. Michigan shall be saved. The election shall be rectified in Jesus’ name.”

As we have learned from the Taliban and Isis, things get dicey when religious fundamentalists issue political pronouncements.

This sort of decay in the political structure is gradual, as it is with Michigan’s poor roads. You get used to potholes, bumps and cracks. We also learn to shrug off gerrymandering, voter suppression and overt intimidation.

Maddow’s coverage of Michigan’s demonstration – and its implications -- Tuesday was far more in depth than anything in local media. Throughout the years, Maddow has covered serious Michigan issues, like the Flint water poisoning under Governor Rick Snyder and the renegade computer under Snyder that unfairly denied benefits to some of Michigan’s unemployed.

Let’s hope she continues to keep her eye on Michigan to present the big picture that Michiganders may be too close to see. With her new contract for $30 million per year, Maddow makes about as much as Miguel Cabrera and hits more home runs.

► Support our commentary and reporting by becoming a Deadline Detroit member for as little as $3 per month.
Related:
Selweski: GOP 'Wackos’ Put 'Nut Cases' on Local Election Boards as 2024 Tactic, Oct. 12