Warning: If you're the sort of person who gets queasy at just the mention of vomit, you might want to skip this story. Because it's full of vomit, both literal and lyrical, and let's just get to the explainin': 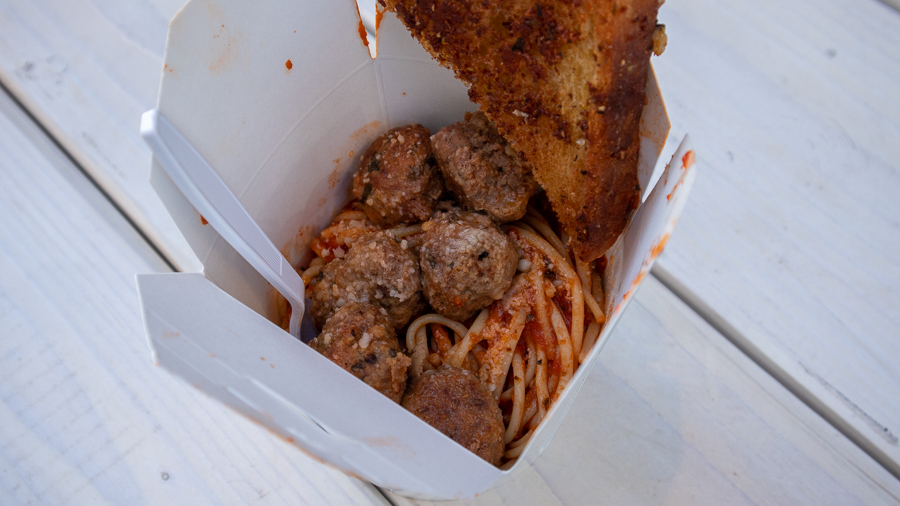 Cincinnati Bengals offensive lineman Jackson Carman left the game against the Lions Sunday at Ford Field after he vomited during play. At 6:50 p.m. the night before the game, he tweeted, briefly, "What's Detroit known for food wise?" You can picture the young athlete, having dropped his bags on the bed of his hotel room, rubbing his grumbling belly and asking his nearly 21,000 Twitter followers for some insider advice on where to get a decent meal in this town.

Most of the answers were predictable: Lafayette Coney. Buddy's Pizza. The usual spots, the mention of which always suggest a lack of imagination. The guy's a highly paid, elite athlete; could no one send him to Prime + Proper for a serious protein buzz? You don't get through four quarters of smashmouth football on hot dogs, after all.

But inevitably, someone suggested Mom's Spaghetti, Eminem's new downtown restaurant, where people walk up to a window and receive a Chinese takeout container full of you-know-what, which is one of the more memorable lines from "Lose Yourself," the "8 Mile" anthem about reaching for rap-battle glory, but not before nervously vomiting that dish all over your sweater.

Then Carman barfed the next day, and later tweeted, "Would not recommend eating Moms spaghetti when you visit Detroit." Ha ha! And that's when the internet picked it up and ran with it, followed by the Free Press.

Because it's a story made for low-budget journalism today (like this!): Embed some tweets, add some snark, and in 10 very slim paragraphs, you got clickbait.

There's only one problem: Carman didn't eat at Mom's Spaghetti, and his line was just a jokey pop-culture reference to vomiting in Detroit, because it's not like there are a lot of other songs out there about that very topic. (Berry Gordy, Big Sean and Aaliyah will all have to answer for this, one day.) It's entirely possible he didn't wade through the dozens of replies to his request for a restaurant recommendation and just asked the concierge at the Shinola Hotel to make him a VIP reservation somewhere. Maybe he went to Prime + Proper after all. We don't know, because he didn't say, but there was enough material in the tweets for a dumb story. 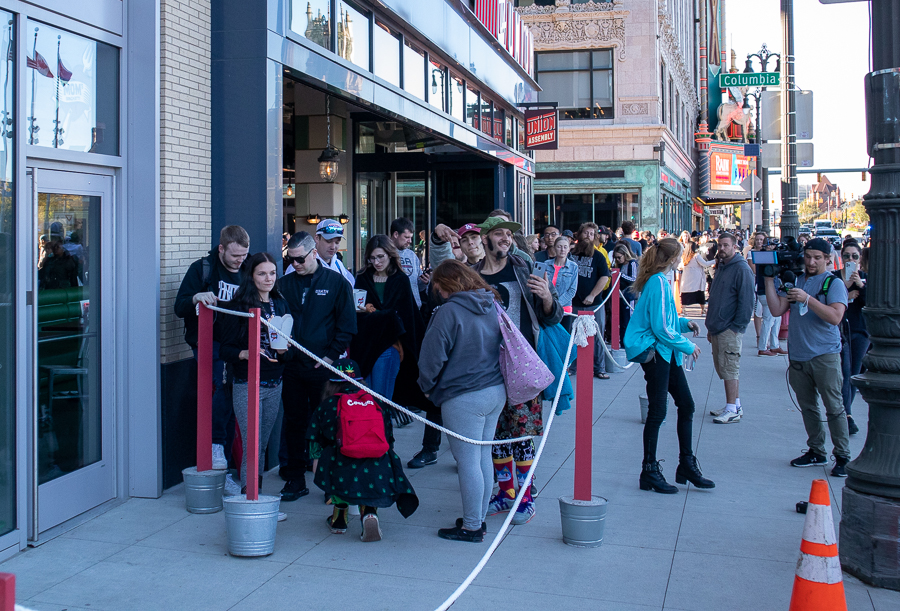 Could all these Mom's Spaghetti fans be wrong? (File photo)

After Carman tweeted his walkback about Mom's Spaghetti, did the Freep take down the story? Put a new top on it? No. They changed the headline, from "Eminem's restaurant to blame for Jackson Carman's getting sick?" to "Detroit Lions football and Mom's Spaghetti, vomit inducing? Apparently not so much" but they added the correction to the bottom of the story:

UPDATE: Apparently Mr. Carman's vomit-related incident is NOT in connection with "Mom's Spaghetti", he just had the standard "puke during a game" situation. In fact, he's never had Mom's Spaghetti. We've been had.

You've been had, Detroit Free Press? You? What about Eminem, and his restaurant's backers, who now have at least some readers believing was the cause of Jackson Carman's on-field upchuck?

Deadline Detroit sent our sole Italian-American employee, Michael Lucido, to actually eat and comment on the stuff. His verdict: Bland, but acceptable. Which is very honest journalism, because no one ever said Eminem's mom could cook.