Derringer: In France, you can take your dog into a cafe, but not your unvaccinated self

Guess who has two thumbs and just returned from a month in France? This aging boomer, who is edging into the yellow zone for surviving a Covid infection and has zero interest in developing “natural immunity.” Having recently seen the treasures of the Louvre in a mask, I have come home to spread the word that when it comes to Covid-19, we – the greatest country in the world harumph harumph – are doing it wrong.

You may have already suspected this, given the U.S.’s abysmal vaccination rates, still-climbing death numbers and an exhausting culture war over simple public-health measures. As many of us suit up for a second winter of shivering in outdoor dining huts and FaceTime Thanksgivings, here’s how they’re doing things overseas. 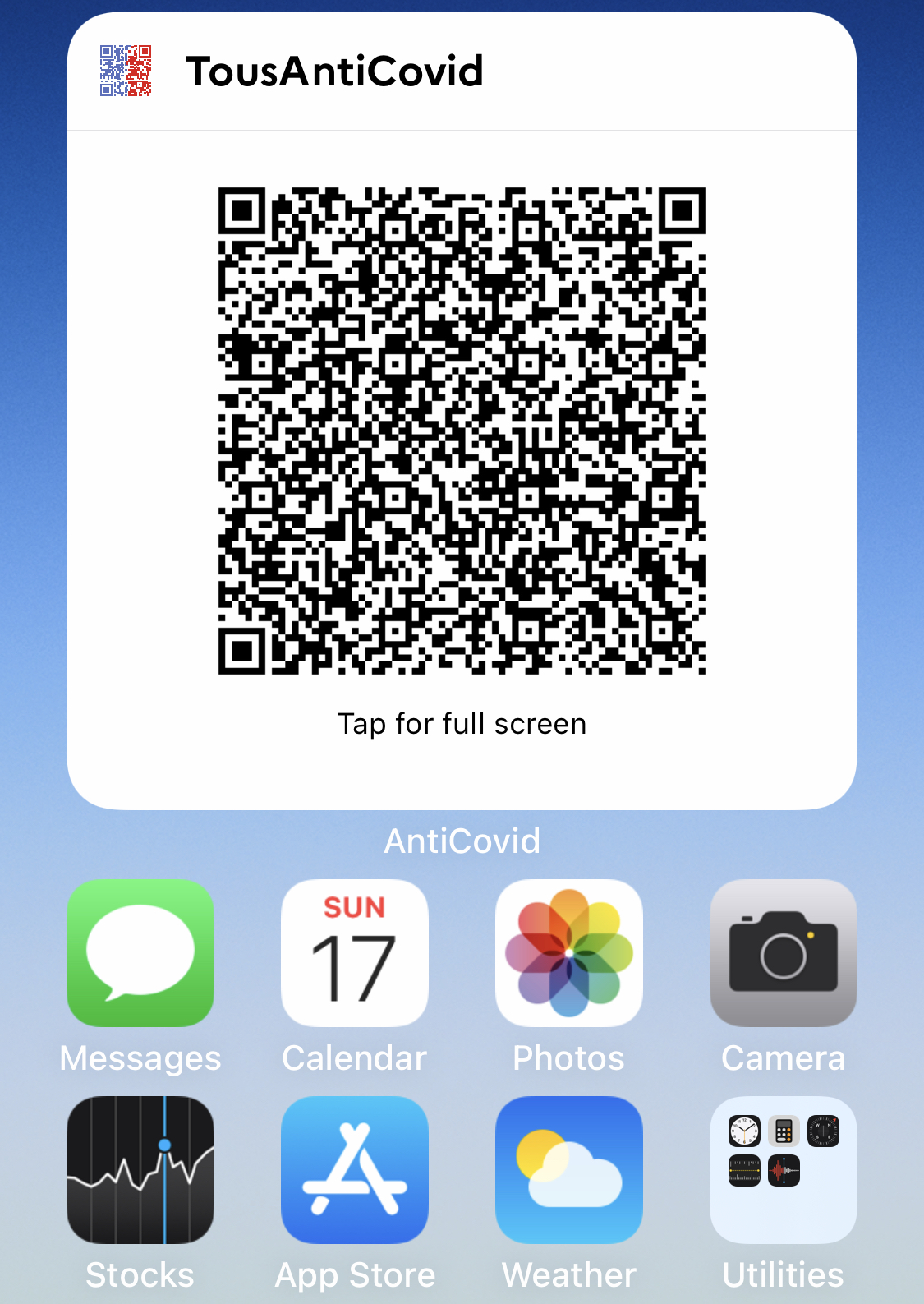 To enter la belle France, we had to submit proof of vaccination; the country closed the door to brave defenders of medical freedom the unvaccinated a few weeks before we left. But here’s what we got in return, after doing so, via a form on the web: The pass sanitaire, a QR code we carried on our phones. We showed it to be seated in restaurants (even at outdoor tables), enter museums and other places people travel to France to see. It quickly became second nature to show it for a quick scan by headwaiters and doorpeople.

The pass was connected to an app, TousAntiCovid, which did far more than track our vaccine passports. It also offered (voluntary) contact tracing, which would alert us if we came into contact with a positive-testing individual (who was kept anonymous). It offered guidance on boosters, and information on vaccine centers for the dwindling number of French citizens who haven’t gotten the jab. You could scan venues’ own QR codes yourself, to check if there had been outbreaks wherever you were entering.

There was data, too. I could look at numbers for the whole country, or narrow it down to regions by zip code. As I write this, the app reports the vaccination rate in France is 85.9 percent. (Here in Michigan, it’s 68 percent for at least one dose.)

When it was time to leave, we had to present a negative Covid test before boarding our flight. We visited one of many pop-up tents around town, choosing one operated by the French Red Cross. No appointment, no charge. Our results arrived in 15 minutes. “Would you like to add this to your wallet?” the email asked. Why yes I would, and with a tap, another QR code went to TousAntiCovid, easily displayed to the Delta gate agent at Charles de Gaulle Airport.

All the while, I was thinking: This could have been us.

It’s not just about convenience. It’s about policy, and more than that, a serious approach to something we should all take seriously. 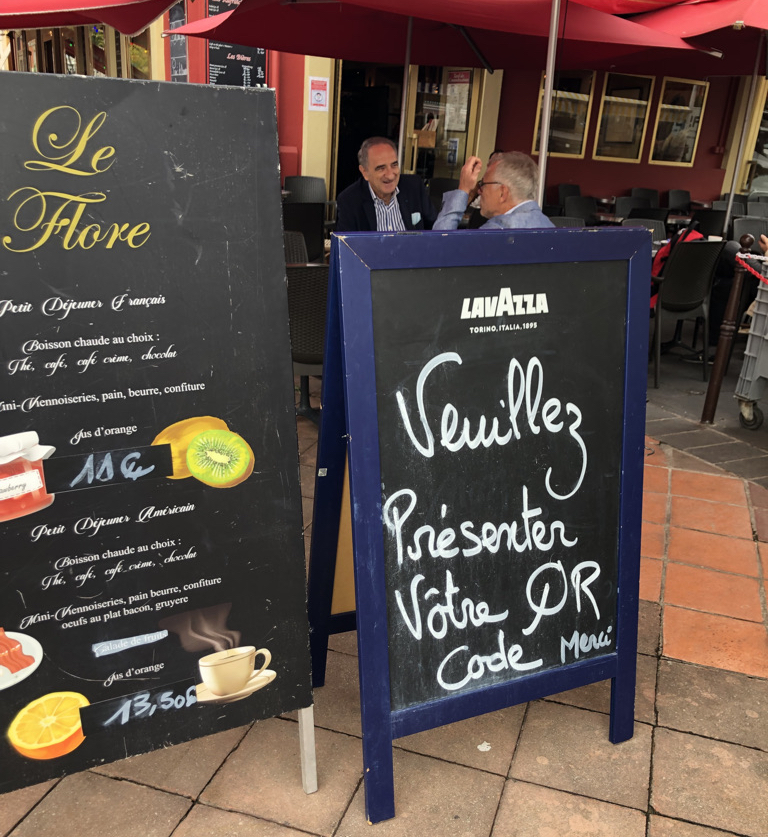 "Please present your QR code, thanks"

This could have been us, if we’d had a president with enough maturity to understand that viruses have no knowledge of or interest in American politics. If, instead of lying with every breath, instead of putting his feckless son-in-law in charge of pandemic response, instead of bigfooting medical briefings with moronic spitballing about disinfectants, he’d have taken it seriously as something other than a threat to his job. If he’d paid attention to the previous administration’s work on the subject. The Obama team literally left a pandemic playbook behind, compiled after what they assessed to be an ineffective response to earlier outbreaks of Ebola and Zika. The Trump team threw it out the window, and left Jared Kushner to call his friends.

That’s not to put all the blame on President Trump. He’s been out of office for months, and Fox News and the right-wing media constellation continue to amplify the arguments – if you can call them that – of anti-vaccination, anti-mask nutcases.

Speaking of masks, we saw them everywhere. Everyone wore one on their wrist. Go into a subway station, a patisserie, a market, slip it on. Step outdoors, take it off. Children put theirs on as they lined up to enter school in the mornings. Even teenagers crowding onto trams acted with more maturity about masks than your average American Karen pitching a fit in a grocery store.

I’m not naive. A four-week visit can only give you a glimpse of a place, especially if you don’t speak the language. The French have liberté baked into their national character; “protest is in our blood,” as one French-American we met there said. To be sure, tens of thousands of French residents have demonstrated against the pass sanitaire since requirements were widened in July, even though polls show most support it. And there was a depressing familiarity to this passage from an NPR piece on the protests from late last summer:

Some shouted conspiracy theories, saying they believe the pandemic was planned in advance and that it was part of a plot for drug companies to make more money. ...The Paris march was led by Patriot party leader Florian Philippot. Once a right-hand man to the far-right leader Marine Le Pen, Philippot has widely been condemned for spreading misinformation about the pandemic. 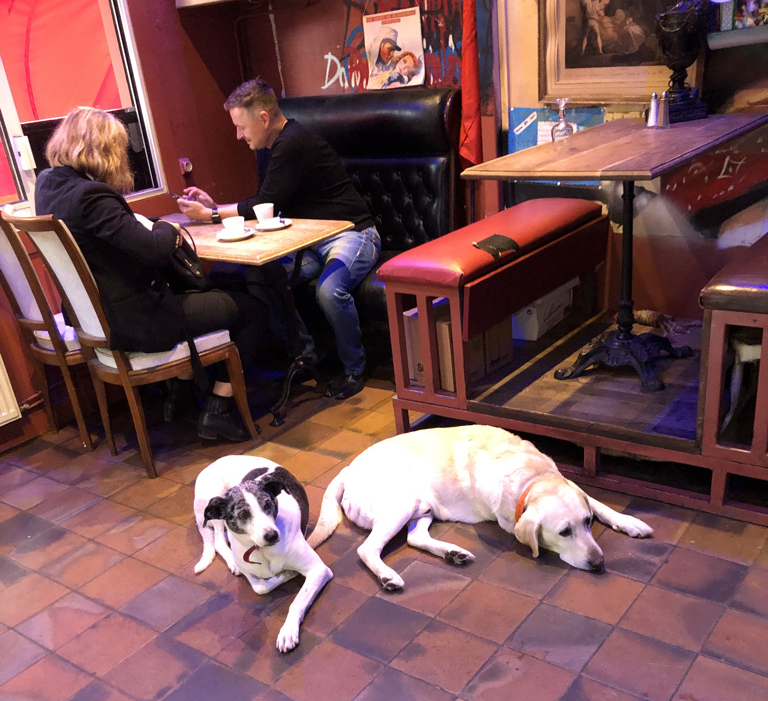 Dogs are welcome in many French restaurants. The unvaccinated, not so much.

Here’s something I’ve noticed in social-media chatter by vaccine refusers: First defiance, then a certain shrugging acceptance of fate: It’s all in God’s hands, anyway. Imagine having such a cramped vision of God that it can’t accommodate life-saving vaccines. That the same God who gave us wine and sidewalk cafes and the canvases of Marc Chagall doesn’t want you to live long enough to enjoy it all.

Eh, let them stay home. I hear Mount Rushmore is pretty this time of year.

► Support our commentary and reporting by becoming a Deadline Detroit member for as little as $3 per month.