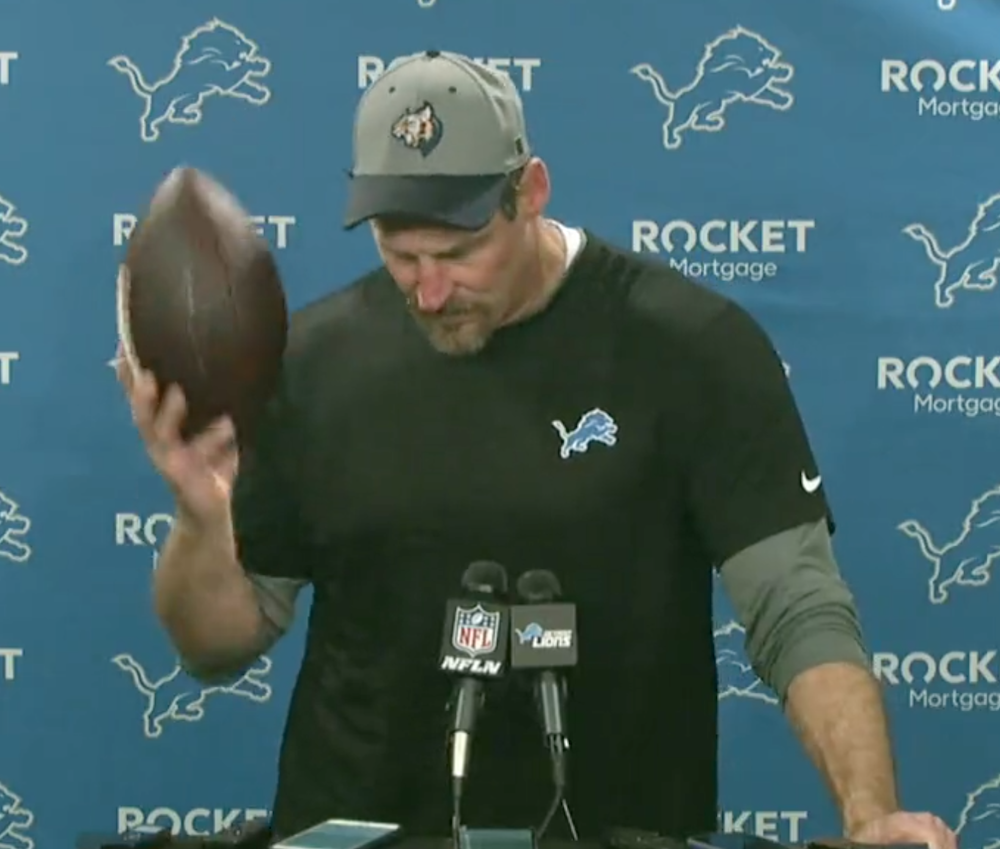 Amid the joy of the Detroit Lions clinching the first victory of the season on Sunday, Coach Dan Campbell made certain the tragedy at Oxford High was not forgotten.

Holding the winning game ball at the post-game press conference, he said he was dedicating it to the Oxford community, and proceeded to name the four students who died and seven others who were wounded.

"Those names, for all those will never be forgotten and they’re in our hearts and our prayers, and all the families and not to mention all those that were affected by all of this. The classmates, the brothers and sisters, the cousins, the teachers, the everybody. Coaches."

The Lions beat the Minnesota Vikings in the final seconds 29-27. The Lions are now 1-10-1, and have the worst record in the NFL.