Dozens of hats rained onto the ice Saturday night after team captain Dylan Larkin scored his career-first hat trick at Little Caesars Arena, helping the Red Wings to a 5-2 victory over the New Jersey Devils. 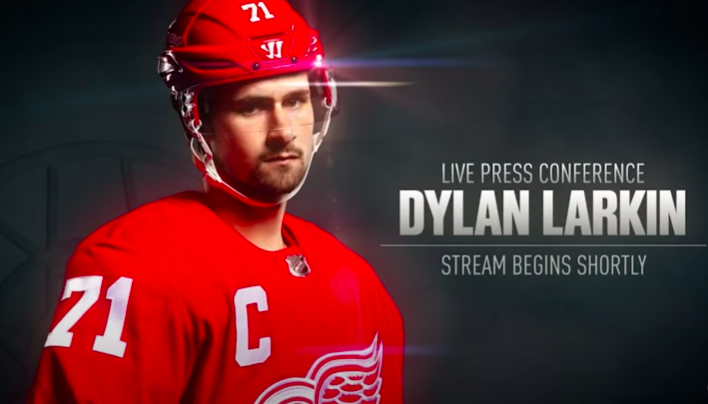 Larkin, extending his team-high total to 15 goals, gathered the puck at mid-ice on a pass from Kyle Criscuolo and skated in hard and fast to beat goalie Akira Schmid low and stick side before punching the air twice with his gloved right hand.

“It did feel good,” said Larkin, whose 131st career goal completed the hat trick. “You know, I’d obviously never had one. I think about my ‘Nana’ (Alice Larkin). She’d always give me $5 every goal. They’re both proud ‘Nanas,’ too. You score a hat trick, and you just do it, and it’s been hard. This one is definitely for my ‘Nana’ and my grandmother (Marilyn Davis).”

We hope Nana Larkin threw in an extra fiver as a bonus.

The Wings looked uncertain before the puck dropped Saturday night, with four players and two coaches in Covid protocol. Reinforcements were called in from the Grand Rapids Griffins, the Wings' AHL affiliate.