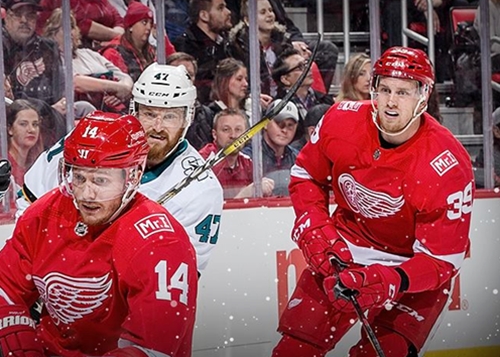 The Detroit Red Wings are canceling games at least through Dec. 26 due to concerns about Covid among team members and coaches, the National Hockey League announced Sunday.

"A decision on when the Red Wings' training facilities will re-open will be made by the league and the [players' association] in the coming days," the NHL said in a statement. "The league is in the process of reviewing and revising the Red Wings' regular season schedule. Red Wings' postponed games include, tomorrow vs. Colorado (previously postponed) plus Thursday's game at Minnesota."

Detroit is next scheduled to play Dec. 27 in New York against the Rangers.