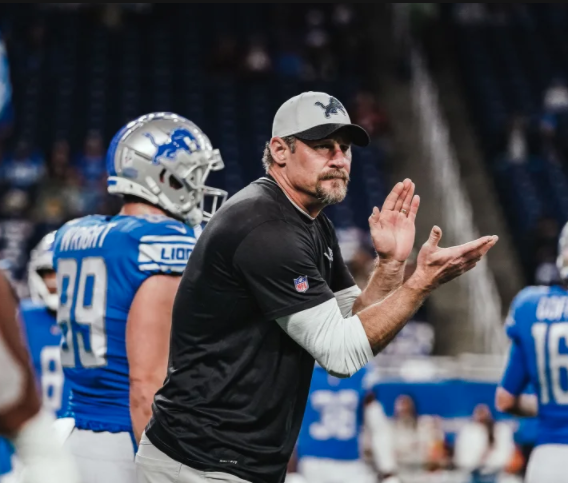 No one expected the Detroit Lions to convincingly beat the first-rate Arizona Cardinals, 30-12. They didn't even expect it to be a close loss for the Lions.

But on Sunday, Detroit fans got a taste of what it's like to have a good football team.

This was as shocking a rout as you could conjure up, with the Cardinals coming in at 10-3 (7-0 on the road), battling the Rams for first place in the NFC West. Surely they didn’t expect to see these Lions (2-11-1), and maybe that partly explains their scattered effort.

But there’s another explanation that can’t be ignored. Campbell’s message of toughness, perseverance and ground-game grit, oft-repeated after excruciating losses, seems to be taking root. This was the actual identity in living, winning form. The offensive line is the spine of the team, and despite shuffling players due to injury, the power was obvious. It paved the way for another former practice-squad guy, Craig Reynolds, to run for 112 yards, and protected Goff well enough for him grow more confident by the throw.

Narrow margins are still huge gaps in the NFL and getting close doesn’t necessarily mean you’re getting closer. The Lions know it as well as anyone. They’re still not close to what they hope to be, but in one stirring performance, they showed they have an idea how to get there.