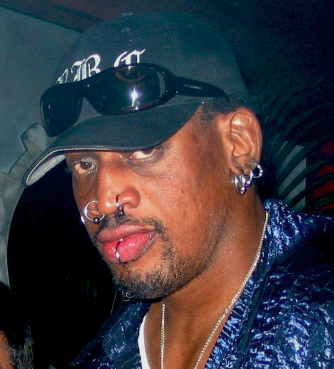 Dennis Rodman, who played for the Detroit Pistons during the "Bad Boys" era, was met by sheriff's deputies at the Ft. Launderale airport after allegedly refusing to wear a mask on a JetBlue flight Monday morning from Los Angeles to South Florida.

Rodman reportedly was told several times to put his mask back on by JetBlue staffers. He'd oblige, then pull it down, TMZ reports, citing unnamed law enforcers. Rodman reportedly said he was having trouble breathing.

Deputies from the Broward County Sheriff's Office spoke to Rodman upon landing, we're told he was cooperative and, in the end, they cut him loose, letting him leave on his own without citing him.

An eyewitness on the flight says Rodman was in first-class ... and was asked four different times to keep his face covering over his mouth and nose. We're told he constantly lowered it to his chin, and wouldn't immediately put it back on when asked.