Alas, you've been to your last Maker Faire at the Henry Ford in Dearborn

The popular Maker Faire, held every summer at the Henry Ford in Dearborn, has been judged by the museum to be "unsustainable" and won't be reinstated after its two-year Covid hiatus. 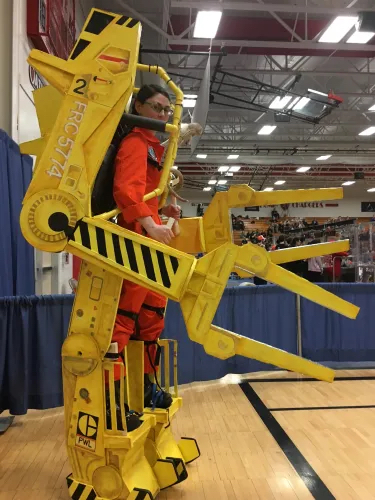 "This event requires an enormous effort from partners, staff and volunteers and is currently not sustainable," The Henry Ford announced Wednesday. "... The maker philosophy and mindset continue to be threaded throughout our many programs, such as Invention Convention and our innovation and invention curriculums, which reach tens of thousands of students nationally."

Billed as the largest two-day festival in the Midwest dedicated to "unconventional ingenuity, unbridled creativity and forward thinking," the fair featured an array of crafts and innovations like paper rockets, battling robots and a giant cupcake on wheels.

The event, which began in 2010, drew thousands to the Henry Ford for hands-on demonstrations of STEM applications, musical performances on unusual instruments and other creativity-sparking activities.

The Henry Ford also announced a pause to its annual Civil War Remembrance program, which usually took place Memorial Day weekend. The event featured around 1,000 reenactors, playing soldiers, civilians and musicians, the Freep reports. The hiatus will be used to "evaluate this experience and consider other programmatic opportunities to present its key themes of conflict, American freedom and democracy," the museum leadership anno unced.