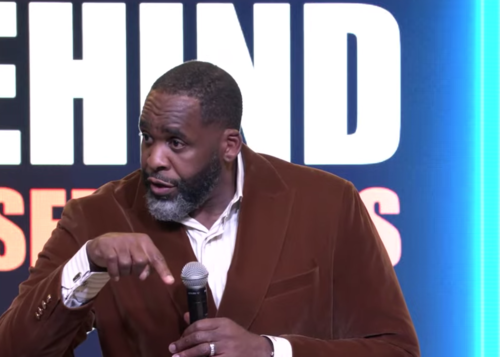 In a highly polished production, full of slick graphics and videos, the three-hour service was held before a live audience with friends, religious leaders and family members including his father Bernard Kilpatrick and sons Jalil and Jonas. His third son, Jelani was watching virtually. 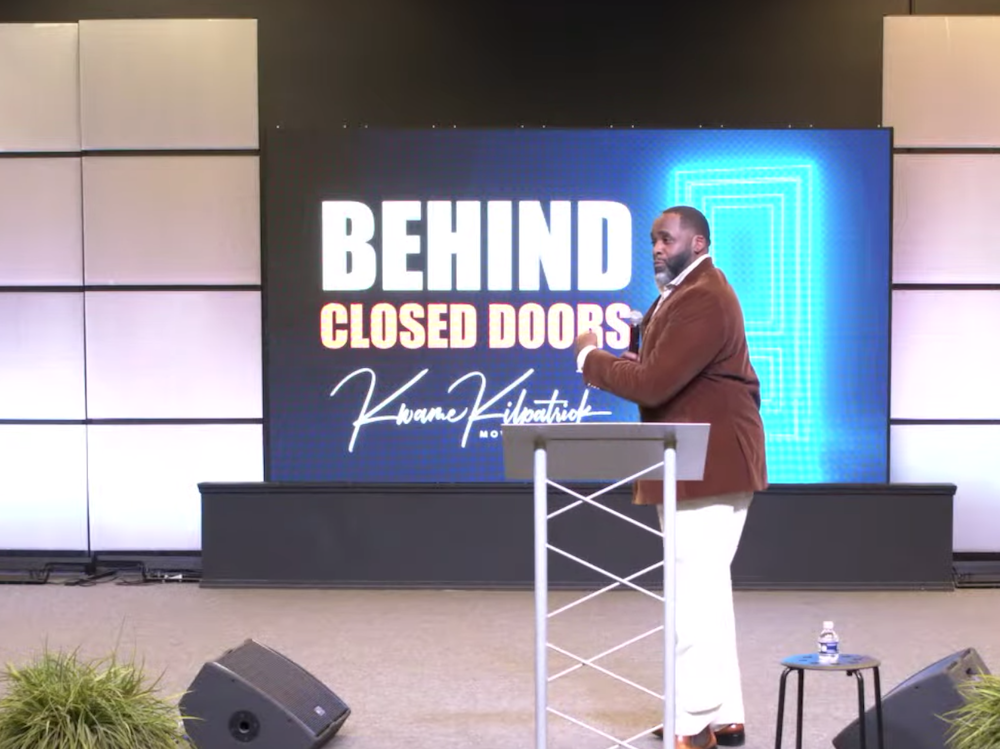 Posted on his website and YouTube, there were first-rate gospel singers and words from religious leaders and his pregnant wife Laticia Kilpatrick, who is involved in the ministry. Occasionally, a message flashed on the screen encouraging donations via text, Paypal or Cash App.

Finally, at 8:45 p.m., nearly two hours into the service, Kilpatrick, wearing a brown sports coat and open-collar shirt with cufflinks, took the stage. He sang, then got into some preaching, talking about his conversion to God and how he was set free from prison. His theme, "Behind Closed Doors," emphasized the need to be a good person both in public and private. After a little more than an hour, he finished.

Kilpatrick, 51, was sentenced in 2013 to 28 years in prison for corruption charges. On Jan. 20, 2021, President Donald Trump commuted his sentence and set him free.

Many in the community have praised Kilpatrick and wished him well. But some critics remain skeptical of his conversion, something Kilpatrick has said he welcomes with plans to prove them wrong.

Below are screenshots from the virtual broadcast from Georgia, Kilpatrick's newly adopted state. 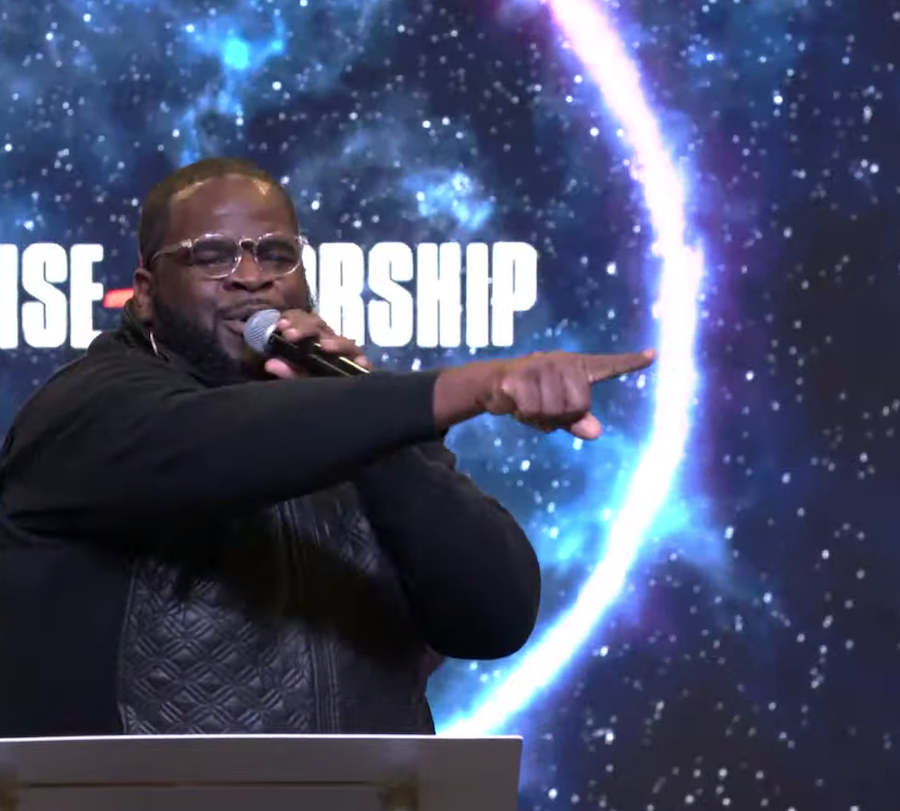 One of the gospel singers at the beginning of the service 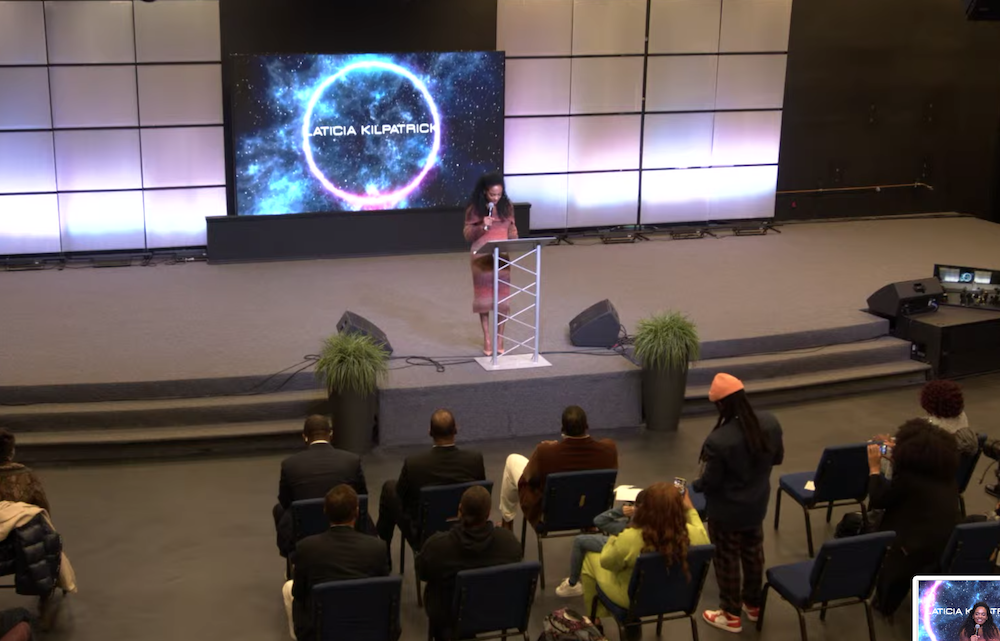 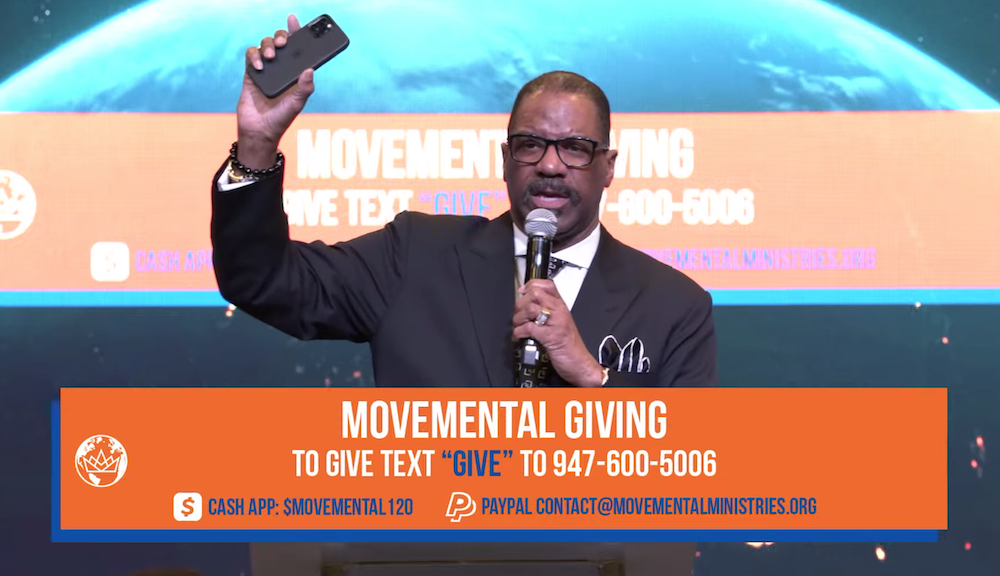 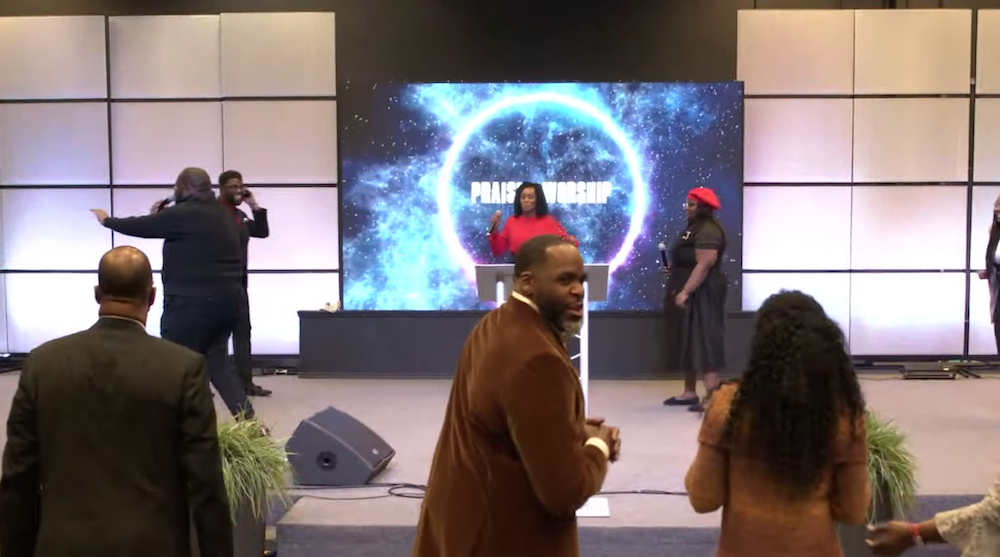 Kilpatrick was enjoying the service 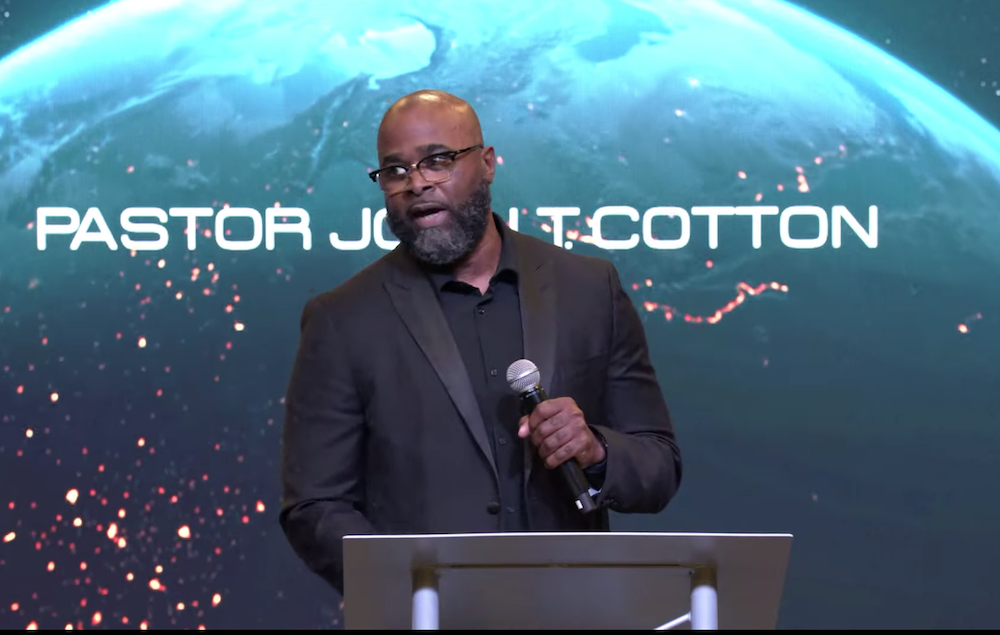 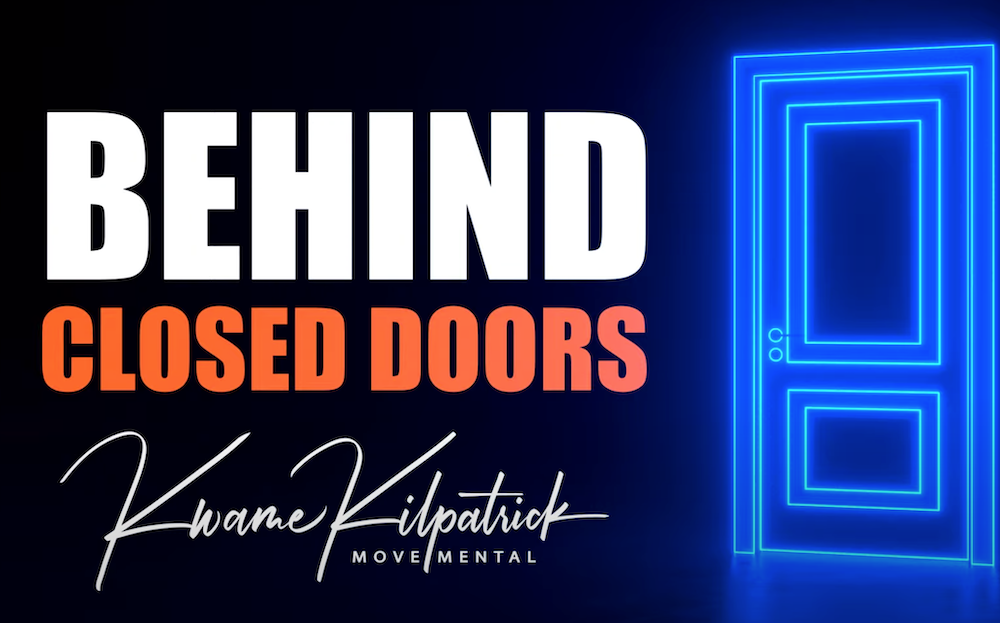 The theme of the night flashed on the screen 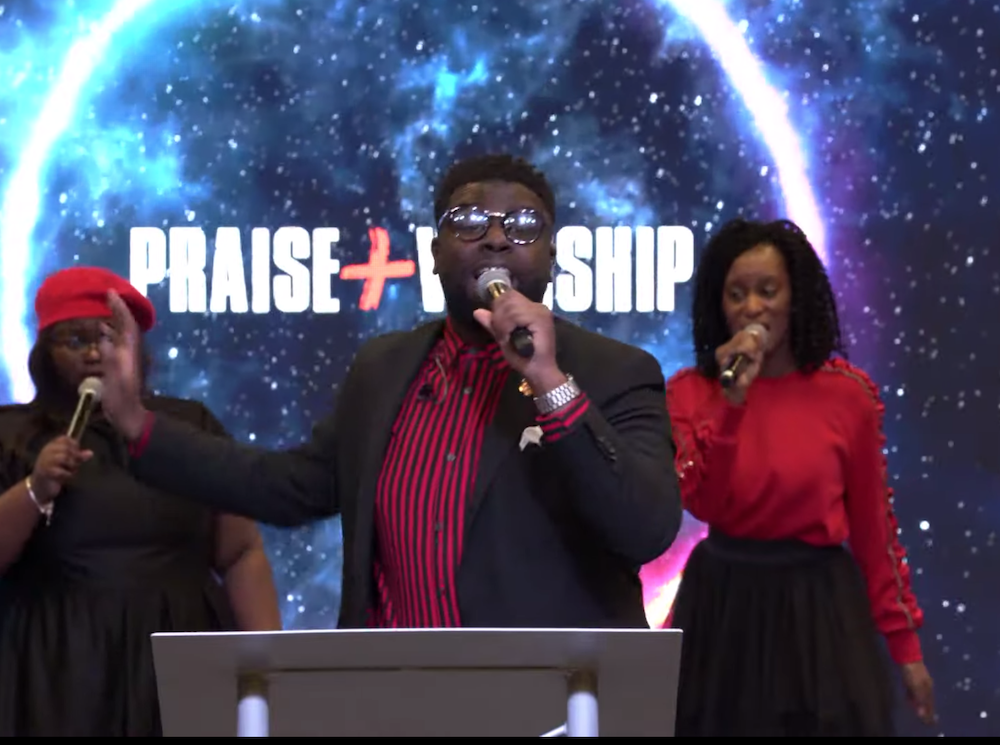 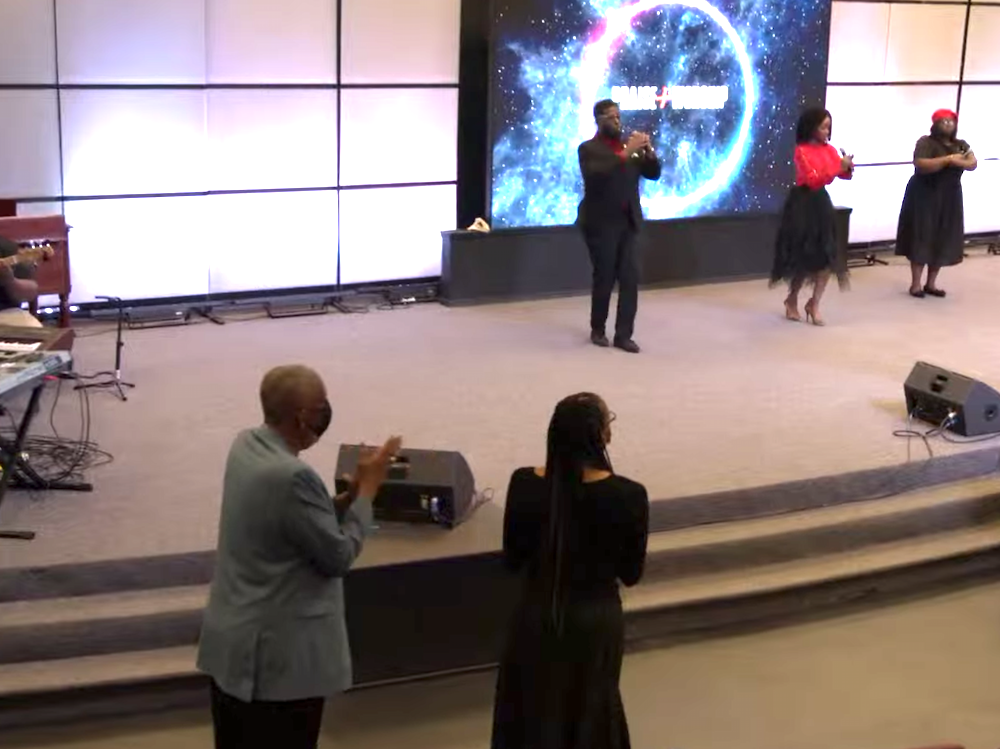 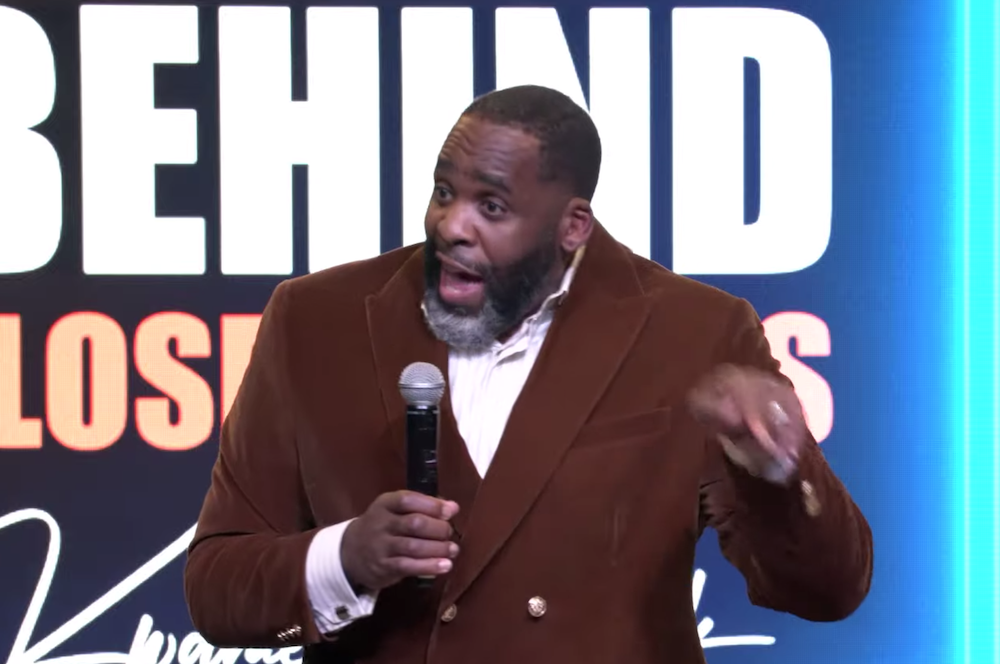 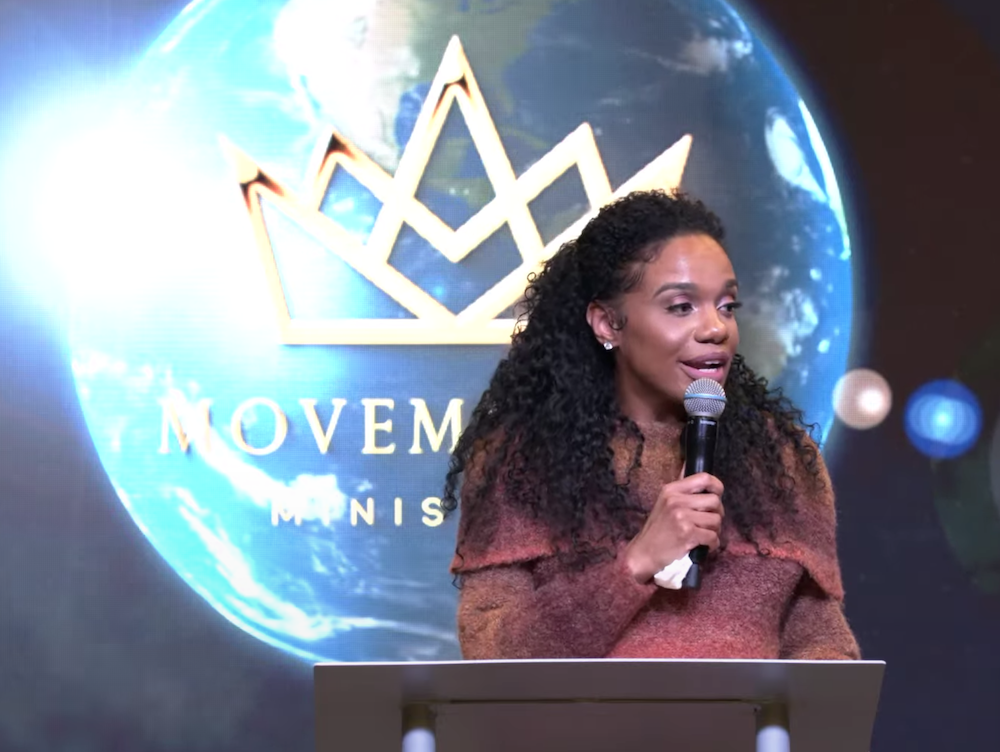