Robert Regan's campaign is sidetracked a week after he won a special legislative primary in a Grand Rapids district where his party dominates. 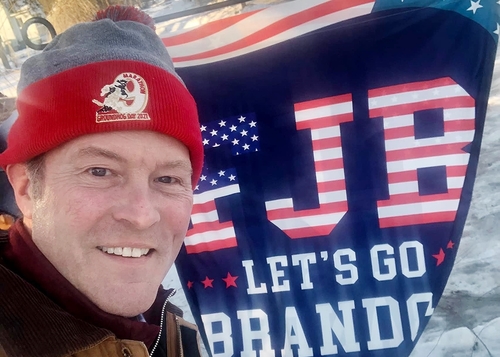 Robert Regan: "I regret using an analogy that could so easily have been taken out of context." (Photos: Facebook)

Instead of focusing on issues, he's scrambling to limit damage from a gaffe making national news.

The Republican candidate for a vacant House seat pushes back stridently Wednesday afternoon against "slanderous reporting" and critics from his own party. He's under fire for a nasty analogy -- "if rape is inevitable, you should just lie back and enjoy it" -- in the context of a discussion last weekend about the 2020 presidential outcome.

In an 830-word statement at his campaign site, Regan says he's "the target of villainous attacks against my reputation" and speaks of "dark forces in both political parties."

These attacks came from not just the supporters of my opponents, people in my own political party and the special interests who supported them, but members of the media. ...

My message was intentionally truncated to make it look like I said one thing, when in fact, I was saying the exact opposite. We don't take it laying down, nothing is inevitable, even in the face of insurmountable odds, we fight, always we fight. That is part of our fabric as American citizens. ...

In retrospect, knowing now how vicious my attackers could be, I regret using an analogy that could so easily have been taken out of context. My point was simply this: When there are alleged improprieties, even if the outcome seems inevitable, we must fight back and investigate so that justice can be served and our votes are not diluted. 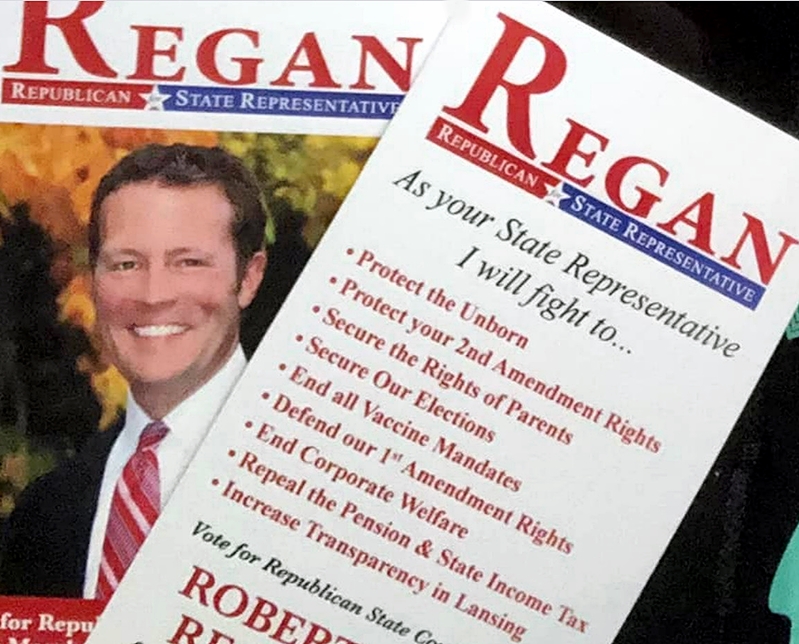 His positions at a glance

Prominent Republicans criticize the new nominee's choice of language, which unsettles him.

I am struck by how members of my own party have attacked me, namely Speaker of the House Jason Wentworth. Where was Speaker Wentworth when it was reported that the Michigan State Police and Lansing State Police are investigating a criminal complaint by a woman who said she was sexually assaulted as a teen by former Michigan House Speaker Lee Chatfield?

Even the Kent County GOP chairman, Rob VerHeulen, or the co-chairs of the MIGOP, Ron Wiser and Meshawn Maddock, never contacted me to find out the truth of what really happened. ... Now I understand how President Trump felt when he discovered his biggest enemies were in his own political party.

Weiser and VanHeulen rebuked Regan in an unusual statement Tuesday. "Mr. Regan’s history of foolish, egregious and offensive comments, including his most recent one, are simply beyond the pale,” said Weiser. "I absolutely expect better than this of our candidates."

VanHeulen, who from 2013-18 held the seat Regan seeks, said he's "appalled" by the rape reference and earlier remarks, which indicate support for right-wing QAnon conspiracy beliefs. "These comments are offensive, dangerous and unbecoming of any candidate for public office," said the Kent County party chair. "Mr. Regan owes an apology immediately." 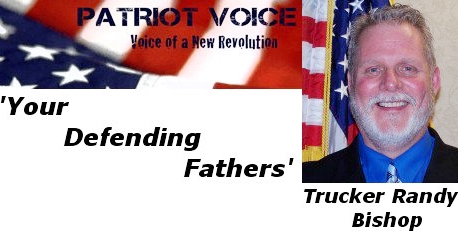 Earlier Wednesday, Regan spoke on a conservative podcast, "Your Defending Fathers," hosted by "Trucker" Randy Bishop of Antrim County in northern Michigan. In that part of the damage-control effort, the House hopeful said: "The voters get it and they're both disgusted, disturbed and disappointed by this distraction, which is taking the focus off the real issues; gas prices, inflation, critical race theory, mandates."

The maverick nominee, who faces Democrat Carol Glanville in a May 3 special general election, says he posts the campaign site statement in defiance of a request to not name Rep. Wentworth and the three party officials.

This afternoon, I was contacted by a Michigan State Representative to NOT release this statement. He asked, "What would have to happen for you not to name specific people in your release."

I told him it would take a public apology of everyone who defamed and slandered my name for me to withhold my statement. He said, "That will not happen."

Coverage of Regan's rape remark Sunday during a Zoom livestream spread beyond the state, with articles at The Washington Post, New York Post, The Hill and NBC News.