A Sterling Heights right-wing activist is attacking Oakland County Executive Dave Coulter, calling him a "groomer" who "forced masks on your children." 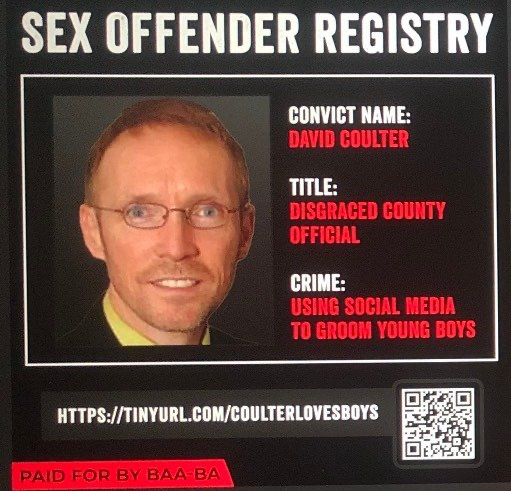 Perhaps taking a cue from similar attacks, George Brikho paid for a mobile billboard to display the evidence-free charges.

The billboard provides a link to a website that baselessly calls Coulter a “meth addict” and “perverted predator.”

... Brikho has a history of making inflammatory claims on mobile billboards. In May, the same truck arrived outside the state Capitol claiming the 2020 election was a “coup” and alleged “mail-in ballot stuffing.”

In April, the truck came to Lansing to support state Rep. Matt Maddock after he was removed from the House Republican Caucus.

Coulter's office did not respond to Brikho's attack.