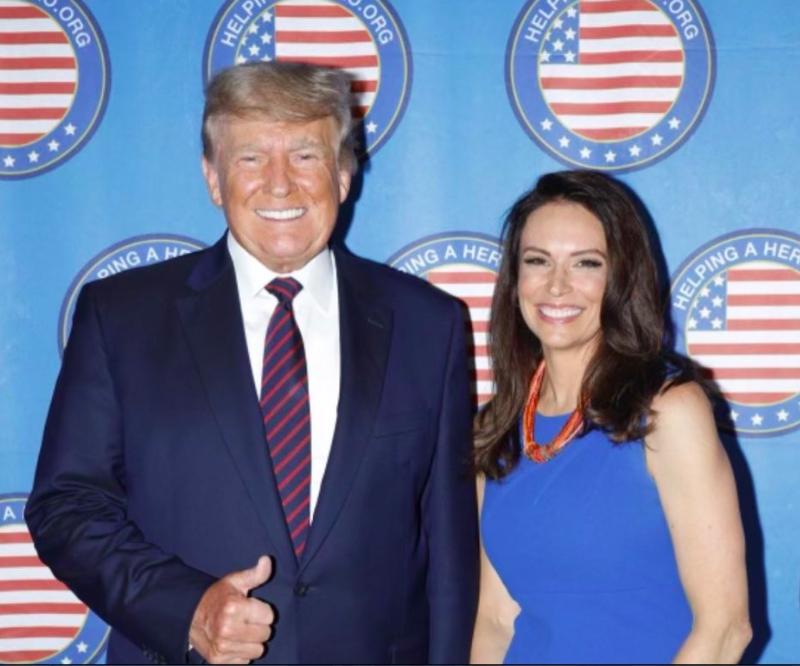 The Detroit News backs Tudor Dixon in the Republican gubernatorial primary on Aug. 2, but with tempered enthusiasm.

"The reality is there is no truly obvious choice," the conservative editorial page notes."The GOP campaign has been in disarray from the start, and remains so."

The publication notes that five candidates, including former Detroit Police Chief James Craig and Perry Johnson, were bounced from the GOP ballot because of bad signatures on their petitions.

The editorial goes on to say about Dixon, 44, a businesswoman, conservative commentator and mother of four:

Again, it's not a traditional choice. Dixon's resume is admittedly thin. If all we were looking for was the candidate with the most professional experience, we would have chosen Kevin Rinke, the former Oakland County auto dealer who brings a boatload of his own money to the campaign.

But despite his heavy spending, Rinke has failed to catch fire. He's spent too much of his cash on divisive advertising — witness his zombie ad, which asks the question, "Why do dead people only vote for Democrats." We are weary of that sort of pandering to the fears and suspicions of voters

The editorial says Dixon is someone who looks forward, an optimist who sees a more prosperous, positive Michigan. She's also anti-abortion and in favor of Line 5, the controversial petroleum pipeline.

The News also takes a thinly veiled shot at Gov. Gretchen Whitmer, who didn't follow some of the Covid restrictions she implemented. "She's not likely to be a governor who issues 'do as I say' edicts and then ignores them herself."

Dixon was the only candidate to get a shout from Donald Trump during a rally in Macomb County in April. “Now we have a candidate for governor who’s very popular, who’s a fantastic, brilliant candidate, Tudor Dixon,” he said. "Thank you, Tudor, I hear you’re doing well.”

Trump hasn't officially endorses a Michigan gubernatorial candidate, but has done so for attorney general and secretary of state.