A chillingly callous driver sped off after carrying two girls from a street where he hit them.

A doorbell camera caught the scary drama Sunday afternoon on Ross Street in Dearborn, shown in a video posted by police.

The victims were shaken up, checked at Children’s Hospital of Michigan in Detroit and "are expected to make a full recovery," police say in a news release with these details:

A white Pontiac Grand Prix was reportedly traveling in excess of the posted speed limit, heading westbound on Ross from Telegraph when it struck the two children as they attempted to cross the street.

The driver briefly exited the vehicle to remove the injured children from the middle of the roadway before driving off. The driver did not render aid to the children, or report the incident to authorities. ...

The white Grand Prix appears to have a temporary license tag in the upper left corner of the rear window. ... Anyone with information that can lead to the driver’s identity [should] contact the Dearborn Police Department. If you wish to remain anonymous, please call Crime Stoppers at 1-800-SPEAK-UP.

"This is the sickest thing that I have ever witnessed," Rose Patton posts at a Facebook crime group. Nicole Foley of Dearborn Heights posts on another page: "What is wrong with people?"

"I urge the driver to do the right thing and come forward," Chief Issa Shahin is quoted as saying in his department's statement. "Otherwise we will use every tool at our disposal to identify and apprehend this individual."

On Bingham Street in Dearborn last Nov. 7, a driver with a suspended license killed a 6-year-old girl and also didn't provide aid or wait for first responders after the mid-afternoon fatality. 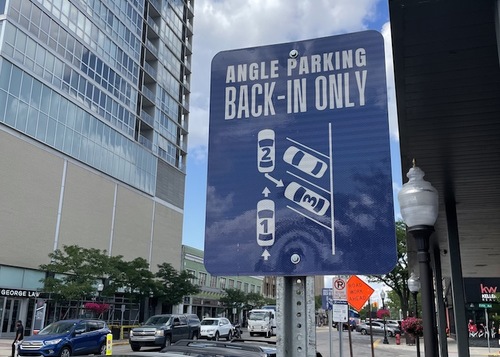