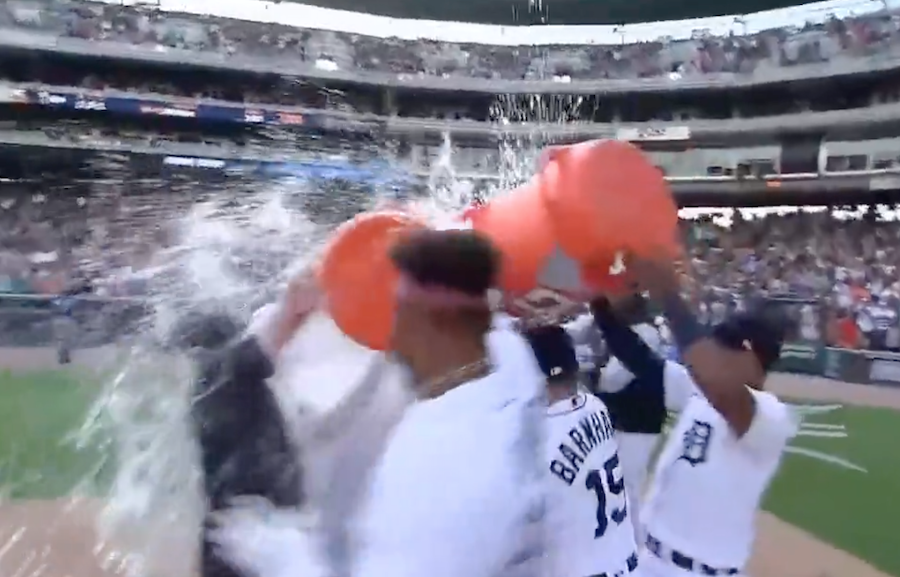 Detroit Tigers rookie Riley Greene, who recently joined the team following an injury, showed Saturday why fans have such high hopes for him.

After hittting a triple in the first inning, Greene, 21, stepped up to the plate in the bottom of the ninth at Comerica Park. Victor Reyes had just tied the game 3-3 with the Kansas City Royals with a homer to right-center field.

Then, as The Detroit News reports:

With the crowd and the Tigers' dugout still buzzing from Reyes' homer, Riley took a first pitch sinker for a ball from Royals reliever Joel Payamps and then pulverized a 96-mph four-seam fastball. The ball left his bat with an exit velocity of 108.4 mph and traveled 432 feet into the shrubbery beyond the wall in center field at Comerica Park. Greene's first career home run is a walk-off winner, 4-3 Tigers.

As you can see below, the team went wild. So far, so good.