All-Star Willie Horton: 'I Was Standing in Full Detroit Tigers Uniform on the Hood of My Car, Pleading With Rioters' 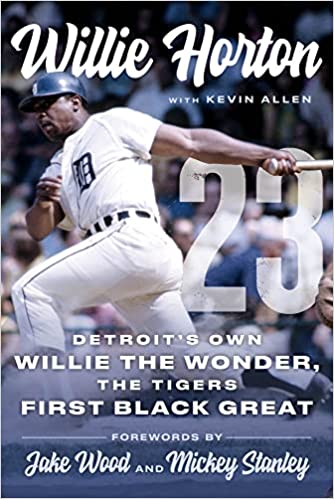 Detroit Tigers legend Willie Horton, 79,  has come out with a book, "Willie Horton: 23: Detroit’s own Willie the Wonder, the Tigers’ first Black great," which discusses the pain of the Detroit 1967 Riot. It's being released Tuesday.

Horton, who attended Detroit's Northwestern High School, writes in an excerpt published in the Detroit Free Press that his team was playing the New York Yankees on the day the deadly disturbance broke out. He left the stadium in his uniform and hit the streets to try and quell the disturbance.

Playing through that injury wasn’t nearly as excruciating as seeing the city of Detroit engulfed in flames, with people dying and tanks rolling through the neighborhoods where I played sandlot baseball as a child. The aching in my ankle wasn’t nearly as painful as seeing National Guard troops marching up 12th Street with their eyes panning the houses for snipers.

By July of 1967, I expected to be in the midst of the American League pennant race. Instead, I found myself standing in the midst of an urban riot. There I was, standing in full Detroit Tigers uniform on the hood of my car, pleading with the rioters and looters not to destroy more homes and lives....

People have often asked me why I drove to the epicenter of the riot, and I really can’t explain my actions. Thoughts were whirling in my mind and I just wanted to be able to do something to help. This was my community. These were my people.

Horton was part of the 1968 World Series team and is a special assistant to the Tigers general manager.