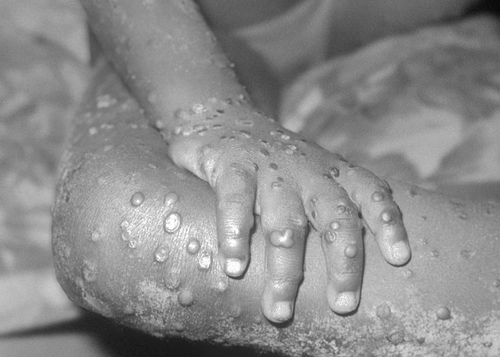 As was true with Covid, monkeypox has hit metro Detroit hardest first.

OK, there are just six known Michigan cases, and experts say it's not going to explode like the last virus to induce panic, in part because there's no asymptomatic spread.

But four of the cases are here, as per The Detroit News.

Three of the cases have been in Oakland County, while another has been in Detroit. A fifth confirmed case was found in Kent County.

Lynn Sutfin, spokeswoman for the Michigan Department of Health and Human Services, said the location of the sixth case is unknown, as records indicate the person lives in Michigan but an investigation has found a residence in a different state.

The illness looks and sounds yuck but is hard to spread. Basically, if you avoid exchanging bodily fluids or rubbing up against someone with the infectious rash, you're probably good. (A caveat that that rash can be stealthy: Its pimples and blisters may hide inside peoples mouths or on parts of their body you can't see.)

Other symptoms include fever, headache, muscle aches, chills and exhaustion.