'A real shot in the arm:' How abortion debate can benefit Michigan Democrats 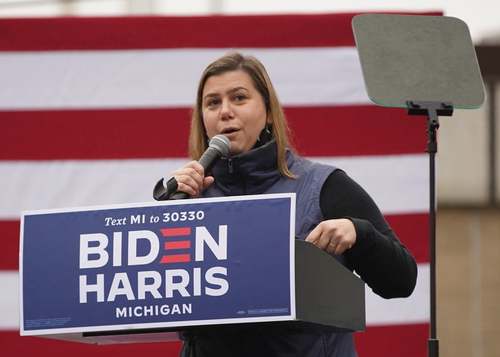 Abortion will be a key issue in Michigan's November election, whether Republicans like it or not.

The Washington Post gives a snapshot of how it stands to benefit Democrats even as Republicans seek to downplay it. A right to abortion has crossover appeal, and a ballot initiative to enshrine the protection in the state's constitution has galvanized women. As per the Post, Michigan women were leading men in new voter registrations by about seven percentage points after Roe fell, according to one data firm.

The article leads on a Lansing-area woman with all of the trappings (and incoherence) of a right-winger (she purports to be “pro-life”; calls Biden a “puppet”; and wants Trump to run again), who is nevertheless conflicted on which candidates to select because she thinks women — including her daughters — should be able to decide if they want to be mothers. It picks up with a Detroit-area woman who didn't vote in 2018, but intends to now because she's "mad" about Roe and "everyone's freaking out."

In an interview, Slotkin predicted that messaging about personal freedom and government overreach will resonate in Michigan, where Republicans have capitalized on fury over mask mandates and business shutdowns during the coronavirus pandemic.

“I think Republicans are the dog that caught the car,” added Slotkin, who is running in a swing area that typifies the kinds of districts Republicans are confident they can flip to win back the House. She said GOP candidates are now stuck between flip-flopping on abortion or sounding “completely tone-deaf even to the women in their own party.”

At the top of the ballot, GOP gubernatorial candidate Tudor Dixon has hardly discussed abortion. And a recent county fair the Post reported from, the local GOP did not even identify it as an important issue. They were reportedly asking people to identify their top concern by dropping a pebble in one of jars, but had only labeled them things like “inflation,” “voter ID” and “border crisis.”